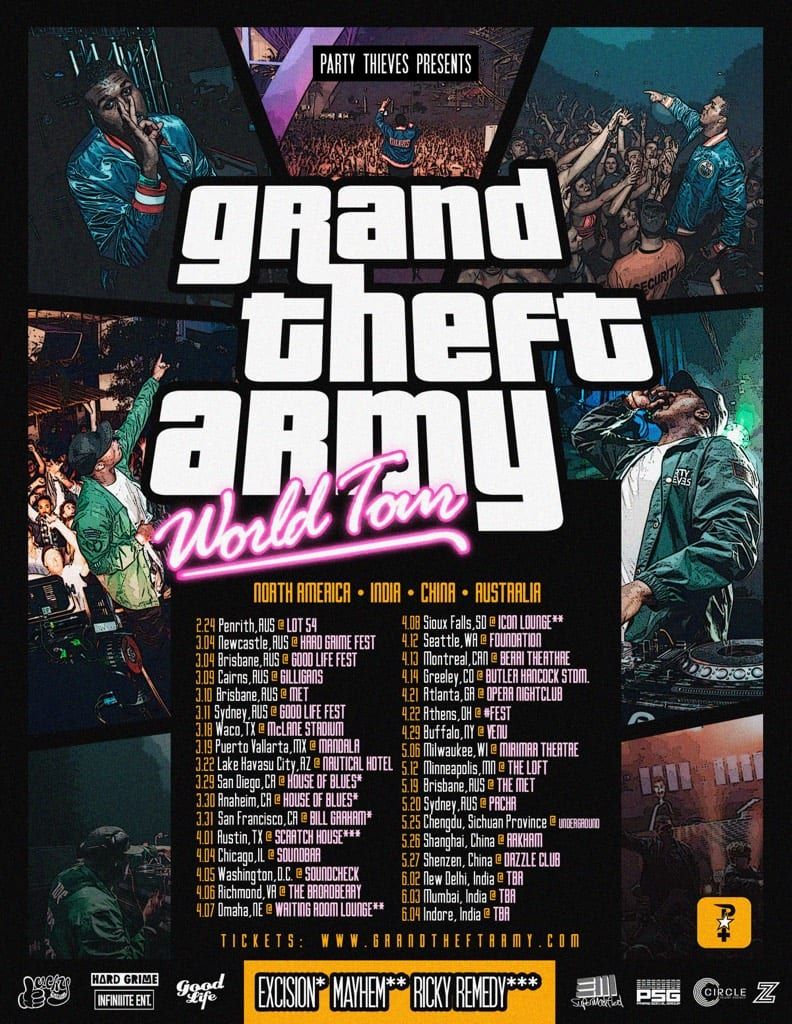 After completing his packed out and trapped out Max Capacity Tour, Party Thieves is back on the road again, but this time for his headlining Grand Theft Army World Tour. He is accompanied by special guests Mayhem and Ricky Remedy, as well as some shows alongside bass legend Excision.

Earlier this month the Max Capacity Tour stopped through four US cities hosting free shows in intimate, 300-person venues. Building off the energy and success of that run, Party Thieves ups the ante and will hit the road for 20+ international shows this spring, promising to bring his filthy bass beats with him to larger venues.

The tour starts in Australia and will continue on to major US markets following by a slew of dates in China and India. #TheftArmy fanatics worldwide will get the full Party Thieves experience, as he proves to be one of the year’s most unstoppable artists.