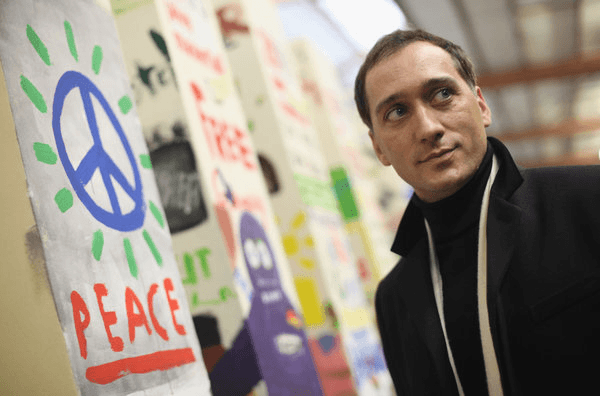 Artisanal electronic music DJ & producer Paul van Dyk has been confirmed as the headline act for this year’s Peace One Day concert. Following Sir Elton John’s performance at the 2012 Wembley Arena-based event, this year the Peace One Day organisation have been asked to bring their annual celebration to The Hague to mark the 100th anniversary of the Peace Palace. Taking place on 21st of September, the German GRAMMY Award nominated musician will be joined by an eclectic, all-star line-up.

Confirming his involvement, van Dyk (who has also taken up a Peace One Day ambassadorship) said: “peace in our time is my single greatest wish. Through their global campaigns Peace One Day have done, and continue to do truly outstanding work. Increasing peace around the planet on one day of the year and using it to bring medical aid and support in to some of the world’s most vulnerable is the most worthy of aims. I look forward to helping raise awareness of this cause and hope to see as many of you as possible in The Hague, dancing in the name of Peace.”

The concert will include contributions from Peace One Day ambassador Jude Law, musician Emmanuel Jal, actress and philanthropist Monique Coleman, Peace One Day founder Jeremy Gilley and other key individuals.

The concert will be the highlight of Peace One Day’s 24 hours of broadcasting on Peace Day on YouTube.
Jeremy Gilley said today, “I’m thrilled to welcome Paul van Dyk and Natasha Bedingfield to Peace One Day’s 2013 Celebration. I’m grateful to both of them and to all the artists performing this year. It’s a truly international line up, helping us take the message of Peace Day to an even wider audience. Anyone around the world with an Internet connection can watch the show and the 24-hour broadcast – and anyone with a website, a blog or a Facebook account can host the player for the broadcast themselves by embedding the PEACECODE http://peaceoneday.org/peacecode/ Please embed the Peace Code and share this groundbreaking 24-hour event with your network.”

Peace One Day ambassador Jude Law who is producing the concert with Gilley said, “Peace One Day shows get better and better year on year. To be invited to The Hague to mark the centenary of the Peace Palace is a very special moment. We’re grateful for all the support we are receiving from the city. The concert on 21 September will be an opportunity to highlight some of the extraordinary activities taking place on Peace Day around the world.”

The non-profit organisation Peace One Day, which in 2001 led a process that resulted in the unanimous adoption by UN member states of the first ever annual day of global ceasefire and non-violence, works to institutionalise ‘Peace Day’ 21 September around the world, making it self-sustaining.

For tickets to the Peace One Day 2013 Celebration visit http://www.ticketmaster.nl/checkout/tspEvent.php?eventId=114441

To get the PEACECODE and host the player for the concert and 24-hour broadcast visit: http://peaceoneday.org/peacecode