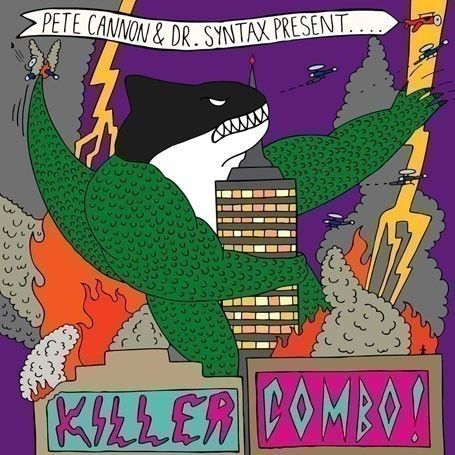 Individually, Synners and Cannon thoroughly smashed 2013 with various projects and combine in 2014 for an album which is a swashbuckling, Cannon-banging skank through the life, lust and loganamnosis of thirtysomething rap music man-children. Featuring an all-star guest list of Del The Funky Homosapien, Jehst, Dirty Dike, Lunar C, J Man, DJ Woody and Eva Lazarus, Killer Combo is a long overdue new project from a duo who are not only dead good friends and E-40 fans, but have also been smashing live shows and musical output across the country and beyond for years.

Throughout 2013, Syntax had an amazing accolade-laden year working with Manchester band The Mouse Outfit. Pete Cannon has cemented his place as the most prolific producer in the country, top 10 chart success with Rizzle Kicks (‘Lost Generation’), as well as his work with everyone who’s anyone in UK Hip-Hop. And Action Bronson.

Killer Combo! will be available to buy on all digital platforms March 3rd 2014.