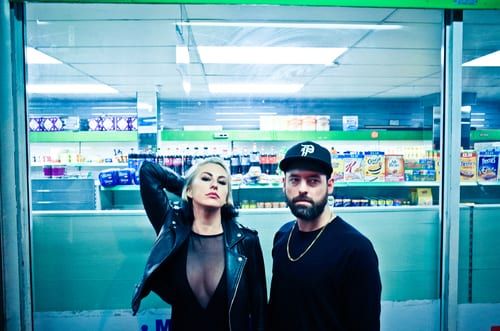 Phantogram – comprising Sarah Barthel and Josh Carter – are one of the breakout acts of 2016 in the US, with their latest album 'Three' charting at No.3 in the Billboard Album Chart. Lead single "You Don’t Get Me High Anymore" was a Top 10 hit at Alternative radio and Phantogram have performed the song on The Tonight Show starring Jimmy Fallon and The Late Show with Stephen Colbert. "You Don’t Get Me High Anymore" received its UK radio premiere on Annie Mac’s Radio 1 show and has had almost 9 million Spotify streams.

Last year, Barthel collaborated with Miley Cyrus on the track "Slab of Butter (Scorpion)" from the album 'Miley Cyrus & Her Dead Petz', and Phantogram have been sampled by Kanye West, The Game and A$AP Rocky as well as releasing their debut BIG GRAMS LP with good friend and musical partner in crime, Big Boi of Outkast.

The New York bred duo made writing stops at home and in Atlanta before picking back up in Los Angeles to record 'Three'. Carter and Barthel shared duties on production and vocals, uniquely melding elements of rock, pop, hip-hop and electronic. The resulting sound has delivered the band the best reviews of their career: