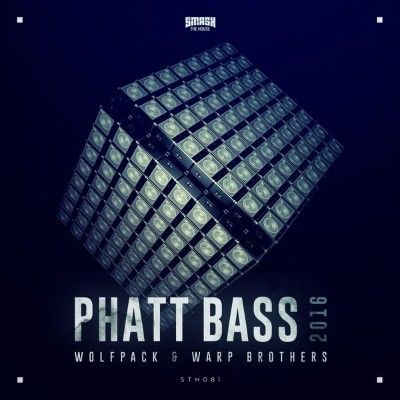 Played in every major live circuit set by Dimitri Vegas & Like Mike this year, this huge offering from Smash the House regulars Wolfpack and German duo Warp Brothers finally gets an official release. This collaboration sees the Warp Brothers revisit their turn of the millennium classic, with help from the inimitable Belgian duo Wolfpack. With early support from the likes of Tiësto, David Guetta, Nicky Romero and Yves V, ‘Phatt Bass’ out now, is sure to be one of the biggest tracks of the year.

This successful reworking of ‘Phatt Bass’ into more progressive territory, demonstrates both the enormous talents of all the artists involved, and their keen ears for current sounds and ideas. It is rare that a classic track is given such care and consideration when reimagining it for a new audience, but Wolfpack and Warp Brother’s ‘Phatt Bass’ is a shining example of how to do it right. Catch it through Smash the House out now!