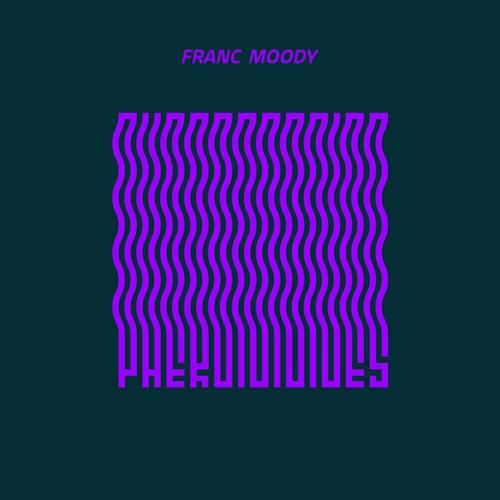 Rising London-based collective Franc Moody mark their return with a stunning new funk-driven track ‘Pheromones’ out this November. Renowned for their hi-octane, immersive live shows, the group are also pleased to announce their next headline date @ Oslo, London on 28th February 2018.

2017: a collective of like minded musicians led by Ned Franc and Jon Moody unleash their space-disco joints ‘Dopamine’ and ‘Super Star Struck’ bringing them to the attention of underground party and festival goers, and securing numerous track of the week accolades along the way including Clash and The Line of Best Fit. The guys explain the tracks: “We set out to combine the epic intergalactic funk sounds á la George Clinton with stellar bass n' drum grooves of Sly Stone with some of our disco and electronic idols thrown in. Super Star Struck's title describes the feeling of pure awe and wonder we sometimes get from any number of things, events or moments that are truly mesmerising, hypnotic and magnetic.”

The collective’s DIY approach and background running infamous warehouse parties in Tottenham inspired them to combine that raw, raucous party feel, with the slick and groove based musicianship of their heroes, creating the ultimate Franc Moody experience. They explain: “We want to keep this as inclusive as possible. From our records right through to the live shows, this is Franc Moody."

No less ambitious than it’s predecessor, ‘Pheromones’, is about “attraction and reaction” and unmasks a disco-funk lineage conversing head on with more recent like-minded musical contemporaries.  Reaching dancefloor-funk greatness, the track sees Franc Moody continue their foray forwards as distinctive producers, and as a band with an ever-burgeoning live reputation. Thrilling, hypnotic and as one one writer described it, “a hefty slice of inter-galactic space funk”, Franc Moody are a force to be reckoned with.

‘Pheromones’ will be available digitally via all reputable outlets through Juicebox Recordings on 15th November.