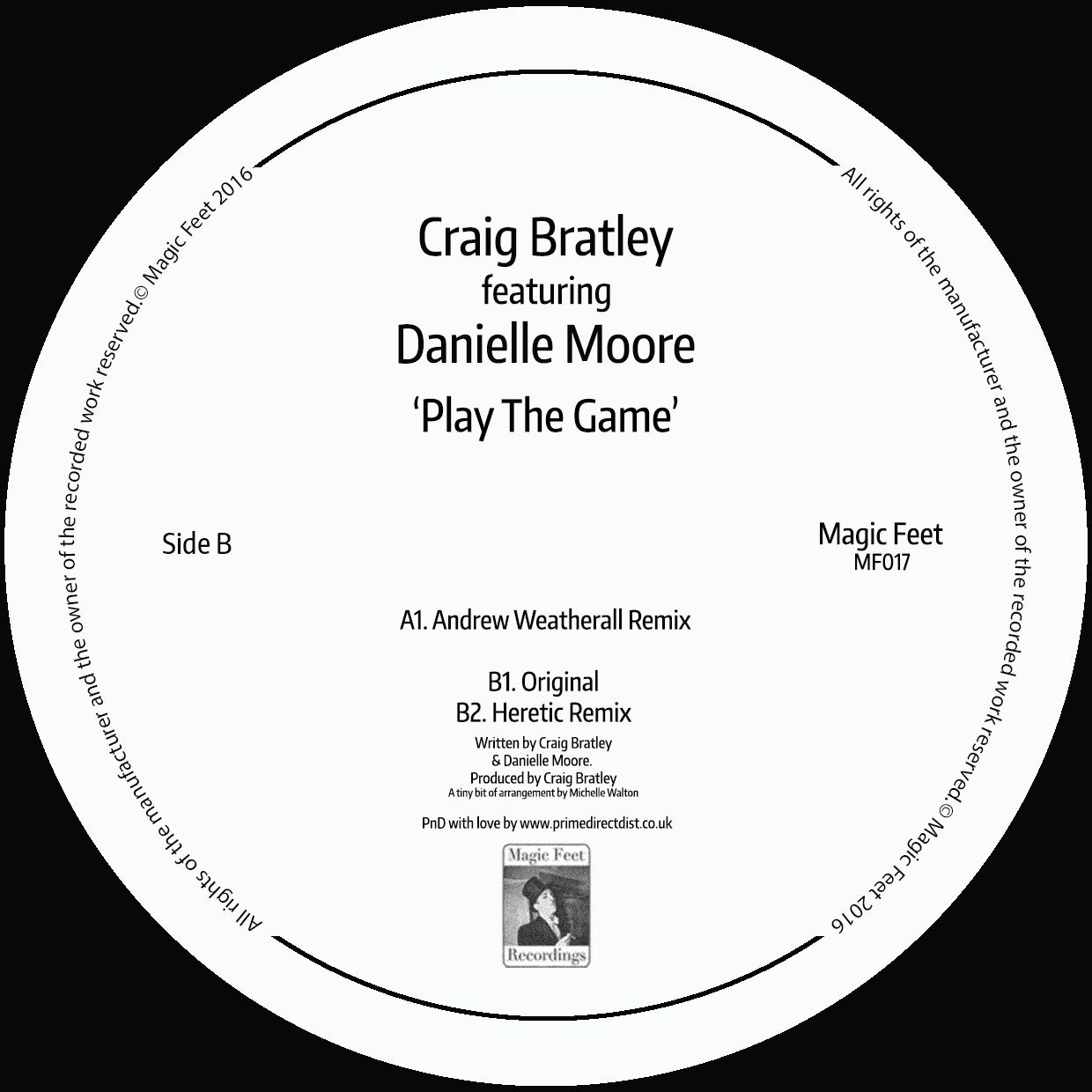 Northern disco general and machine music lover Craig Bratley is back with a firing new EP on his own Magic Feet label. It features one track from him with Danielle Moore from Crazy P, plus a remix from Andrew Weatherall and one from Heretic.

Bratley operates on the freakier end of the disco dancefloor, with weird electronics and raw jacking grooves propping up his analogue sounds. He has released on Andrew Weatherall’s Bird Scarer, has put out a fine album on Tsuba and hosts his own kaleidoscopic show on Leeds’ KMAH Radio, so is an accomplished artist and DJ indeed.

Says the artist, “the track is a response to [Bratley’s Bird Scarer single] ‘Obsession’, the subject is ambiguous – is it an ode to someone or to the darker side of clubbing?”

The excellent ‘Play The Game’ is an arresting track with tough drums and percussion and a thick arpeggiated synth that is angsty and dirty. It is expertly offset by the libidinous vocals of Danielle Moore as a thin drone and frazzled pads grow louder in the mix. Intense and steamy, it is a real chugger for the ‘floor.

The master that is Andrew Weatherall then flips the cut into one of his typically tasteful ten minute affairs. Dubbed out, long legged and perfectly poised, it is more cosmic in his hands, with trippy molten melodies and explosive guitar riffs adding real macho menace to the groove.

Heretic is Timothy Clerkin, one half of the Eskimo Twins, and his version is equally unique. Tense and prickly, with slapping hits and chopped up vocal, it is a ravey monster designed to make you sweat.

This is a standout package with three varied and vital disco bombs all packing a massive punch.