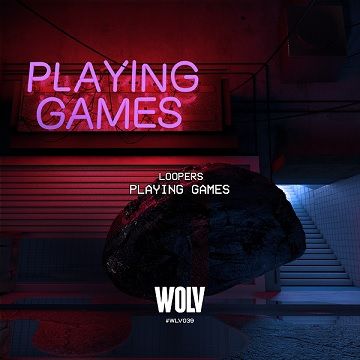 As an integral member of the WOLVpack family, Loopers has been continuously blazing through the scene and embedding himself onto the radars of those who matter. A respected DJ and producer having released via the likes of Laidback Luke’s Mixmash and Martin Garrix’s STAMPD, before taking his music to mixes on Sirius XM, Apple Beats 1 and killing stages at Tomorrowland and ADE – where does this star on the rise direct his sound next?

Returning to Dyro’s respected WOLV imprint after the huge successes of ‘Roll Up’ and ‘Going in’ to name but just two big-hitters, Loopers is a whirlwind that is standing up to be noticed, assimilating grooving electro and gale-force gusts of Trap on his latest anthem ‘Playing Games’.

Taking a step back from the face-melting, heavy rhythms of his previous work but, of course, never watering down the attitude, ‘Playing Games’ is an out-of-this-world production that surprises, pinning together break-neck BPMs with a pitched-up vocal that nods to the classic rave era, bringing to mind an almost speed garage influence of yesteryear. Double-time kicks and dirty stabs fortify the track’s topline, without over-dominating, as each and every process gets time to shine in merging the old school with the modern, for a track that is undoubtedly Loopers in its uniqueness.

With past studio offerings already receiving support from The Chainsmokers, Knife Party, Diplo and of course, label head Dyro, don’t be Playing Games and get your hands on Loopers latest future banger, out now!