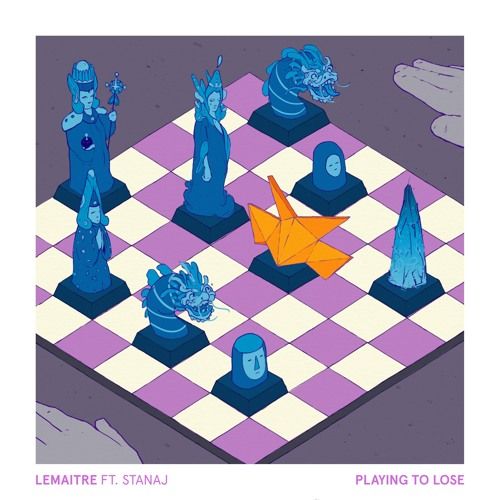 On October 7, Astralwerks will release Afterglow, a four-song EP from Lemaitre. Today, the Norwegian-born, Los Angeles-based electronic duo offered fans a second taste of the collection with the release of their new single, “Playing To Lose.” The track, which had its world premiere on VMAN yesterday, features Stanaj on vocals. With his massive, magnetic voice, the 22-year-old New York-born singer won glowing social media endorsements from Chris Brown, NBA star Brandon Jennings, Russell Simmons and many others and gave a breakthrough performance at Coachella before he had even released any original music. His 2016 debut EP,The Preview (LAVA/Republic Records), entered the Top 10 on the iTunes pop chart.

“Playing To Lose” is available worldwide for streaming SoundCloud HERE. Afterglow also includes the anthemic track “We Got U” featuring The Knocks, which was released over the summer. Idolator praised it as a “disco-infused, whistle-filled banger” and noted, “It’s impossible to listen to this with a frown.” The official video for “We Got U”  can be viewed HERE. See below for the  full track listing for Afterglow.

Lemaitre will play a headline show at London’s Kamio next Thursday 22nd September, their imaginative arrangements further fleshed-out with a live drummer, a spectacular new light show and the band’s signature illuminated logo installation. Tickets are available at www.lemaitremusic.com/tour.

About Lemaitre:
Lemaitre are Norway’s latest entry into the smooth, melodic electronic tradition of artists that temper their electronic grooves with adept pop songwriting. “We want to walk the line,” explains Ulrik Denizou Lund, who along with Ketil Jansen is Lemaitre, “and do everything from a loop-based song to straight pop or rock songs that have more structure.” Lemaitre have more than a million followers on SoundCloud, and the duo’s 2012 EP, Relativity 2, shot to No. 1 on the iTunes Electronic chart in the U.S. and Canada. They number among their fans some of dance music’s biggest artists — Porter Robinson, Madeon, Kygo and Martin Solveig to name a few. Robinson took them on tour last summer. Lemaitre’s music is finding outlets beyond the dance floor as well. In September 2013, their song “1:18,” from The Friendly Sound EP, was used as a synch in an ad for the Apple iPhone 5C. (View the commercial here.)