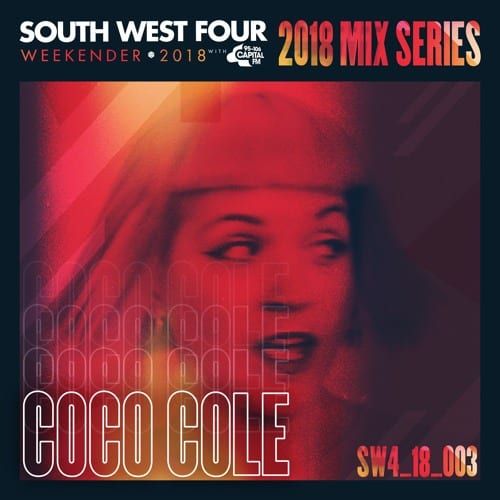 003 in our 2018 mix series, on our 15th Anniversary comes gratefully welcomed by the masses and has been put together by one of the scenes fastest emerging DJs smashing the airwaves and touring the European club circuit as well as regularly flying out to Ibiza!

Labelled a "vital cog in the machinery of UK Dance" by Mixmag and nominated for Best Radio Show in the DJ Mag Best of British Awards 2015, you'd be tempted to feel left out if you haven't heard about Coco Cole yet. On radio, Coco is the face of dance music across Capital radio reaching nearly 9 million listeners every week in the UK and ends the weekend with her hugely respected taste-making show. Her musical knowledge led Martin Solveig to pick her as resident for his globally touring My House brand where she has played their sell-out showcase at ADE, their 10,000 capacity stage at Tomorrowland and plays every week in the main room at the legendary Ibiza club Pacha.

On her hugely anticipated debut set at SW4, expect only the freshest sounds in Techno, House and everything in between.