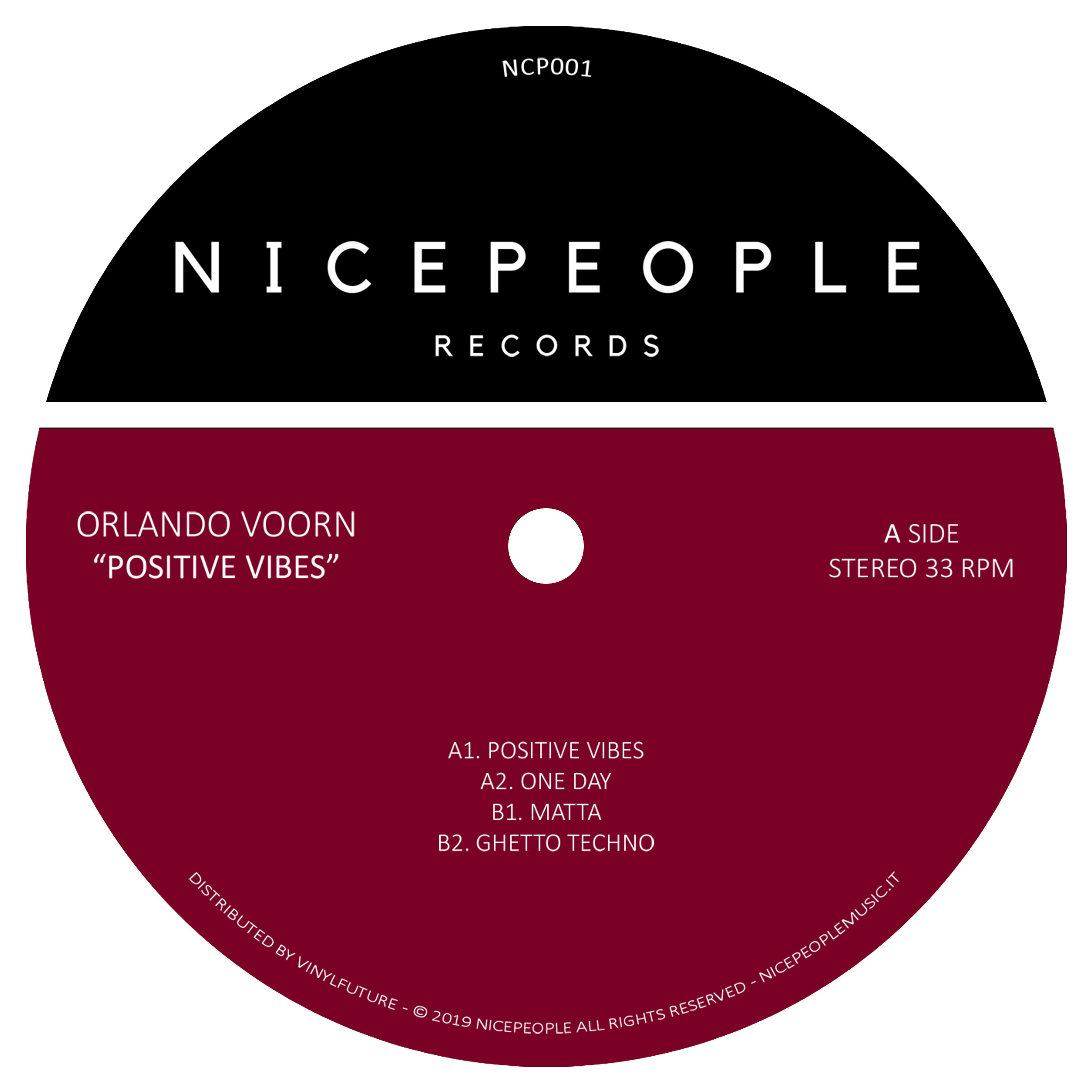 DJ and producer Orlando Voorn has delivered the release of his club-ready EP, ‘Positive Vibes’, set to drop on NICEPEOPLE. The 4-track production follows Orlando’s recent release ‘Do That Jazz’ on iconic imprint, Free For All (Be Yourself Music).

Opening the release with the EP-titled ‘Positive Vibes’, a slick record filled with strong tribal elements, the track is followed by ‘One Day’, an infectious after-hours rumbler. With Voorn also crafting a warm, driven mix of ‘Matta’, the EP is rounded off by ‘Ghetto Techno’, a synth-led track filled with the producer’s rhythmic tones.

Cementing a reputation as a true master on the decks, Voorn established an esteemed connection between Detroit and Amsterdam in the early 90’s, making a name for himself with titles such as ‘Where is Your Evidence’ and ‘Industrial Metal’.

Breaking out internationally with his 1992 track ‘Flash’ – a firm hit across US dancefloors – Voorn garnered support from many of the biggest names in the industry including Detroit techno pioneer Derrick May. Releasing on May's ‘Fragile’ imprint under his ‘Complex’ alias in 1993, Voorn has since crafted various aliases including ‘Frequency’ and collaborative Blake Baxter project ‘The Ghetto Brothers’. It was under this moniker that the revered producer showcased his influential ‘Ghetto Disco/Ghetto Blues’ EP.

Releasing tracks on a wide-ranging back catalogue of acclaimed labels including Nice & Nasty, Nightvision, Housewax, and Divine Records, Voorn has cemented a reputation as one of dance music’s leading names over a distinguished 30 year career.

A slick display of the Dutchman’s prowess in the studio, the new 4-track Positive Vibes EP is set for release on Wednesday 10th April via NICEPEOPLE.