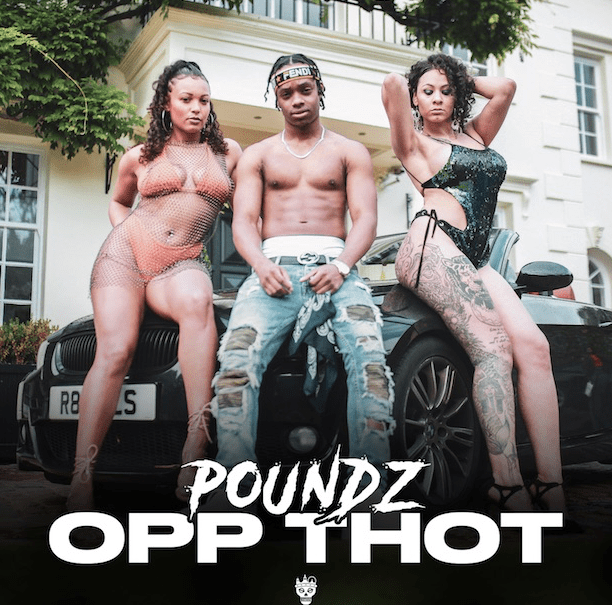 by ihouseuadmin
0 comments
Having independently tipped over 10 million YouTube views to date, South London rapper Poundz stands undeniably solid as an artist. Alongside his creative vision, endless dances that have taken over Instagram, cheeky character and a growing collection of killer tracks such as ‘Whose Laughing’, ‘Mourinho’ and ‘SkengBop’, all of which are accompanied by visceral cinematic visuals, which are as striking as they are intense, Poundz is a talented lyricist that has been getting everyone pumped for a hot minute now. Partnering with one of the UK’s most influential and culture rich labels for his brand new single, ‘Opp Thot’ Poundz joins forces with Disturbing London for a fresh chapter in his rapidly developing story.
Teasing Instagram and his 125k followers with behind the scenes footage, video snippets and him even taking over a wedding party to practice the ‘Opp Thot’ moves, Poundz is already a seasoned master in the new world of music releases. With almost 300,000 views on the video snippets, Poundz is the prime example of todays artist and his shrewd business mind and impeccable talent aligns him perfectly for the success he’s set his mind on getting.
Initially hitting major radars thanks to the reaction to his electrifying [email protected] freestyle, Poundz’ journey was set in motion. His unmatchable lyrical wordplay and showmanship has made him further determined to continue his aim for bigger and better, certified by his huge performance at Parklife festival this year to his CV.

Coming like a mission statement, Poundz breaks down the meaning behind his latest joint: “An ‘Opp Thot’ is an enemy of progress, someone with negative energy, and we don’t tolerate that around here. Positive vibes only”. Not only bringing a welcomed slice of positivity but also broadening his sonics whilst keeping the hard-hitting, rapid-fire flow that he’s renowned for, the record gears up to be another monumental moment in the rise of Poundz. 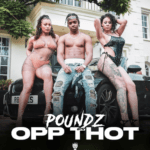