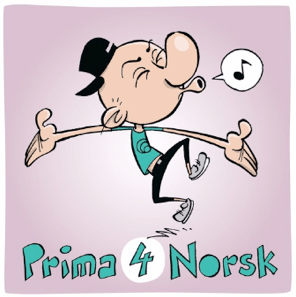 “Prima Norsk” was a slogan for Norwegian vegetables back in the day, meaning something like “first class Norwegian”. Prima Norsk is also a series of compilation CDs released on Beatservice Records in the early 2000’s, now re-booted and entering its glorious fourth iteration. The concept has been to collect and present house-centric tracks from Norwegian producers, previously unreleased and exclusive or only available on limited 12“-es.

In 2016 the Norwegian house scene is more alive than ever, and Prima Norsk 4 responds by consisting solely of exclusive fresh tracks from internationally renowned artists from the Norwegian underground house scene, as well as a few new names. Highlights include Kohib’s slinky vocoder magic in ”Ut Paa Diskotek“, the dubby ride of ”Moneymaker“ by Vinny Villbass and vocalist Ando, Doc L Junior’s swingy yet dreamy house groover ”Make That Move“, and the uplifting synth-disco of ”Eternal Affection Part III" from Iceland’s rising B.G. Baarregaard. There’s a lot more to explore here … dig deep in to some Prima Norsk!