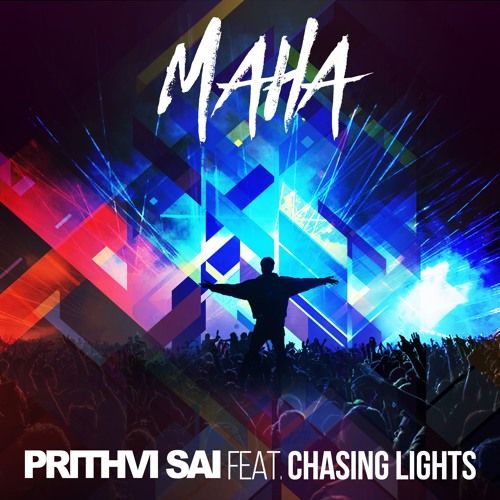 India based artist Prithvi Sai has his eyes set on taking further steps to cement his progress in the EDM scene as one of Asia’s hottest emerging talents. Working hard over the last few months to get more of his astounding music out to the public, he released ‘Sitar in Melbourne’ on Wolfrange Recordings to finish off 2017. 2018 arrived and he dropped the hotly anticipated ‘Queen of the Club’. Fast-forward to now, and he has unveiled his newest single ‘Maha’, featuring Chasing Lights; and boy does it deliver.

Starting off with atypical energetic drums, the power of the production is immediately noticeable. Vocoded, robotic vocals take hold as the track builds, and the hype grows and grows. Culminating in a shout of MAHA, the drop takes hold and leaves the listener in a trance. Brutal bass combined with raucous synths and continuation of the grizzly drums is enough to get anyone up and dancing. Prithvi is talented at creating excitement in his works, and this one is enough to transport you from your living room to the dance floor, making you want to jump out of your seat and dance. Infusion of elements from Big Room, Electro House and even Trap are evident, and it’s this ability to transcend genres so fluidly that makes a true producer so great.

With tracks like this under his belt, there’s no doubt Prithvi Sai has a big future ahead of him. Expect to hear his productions pummelled at all the clubs during festival season and keep an ear out for his future works – you won't be disappointed.