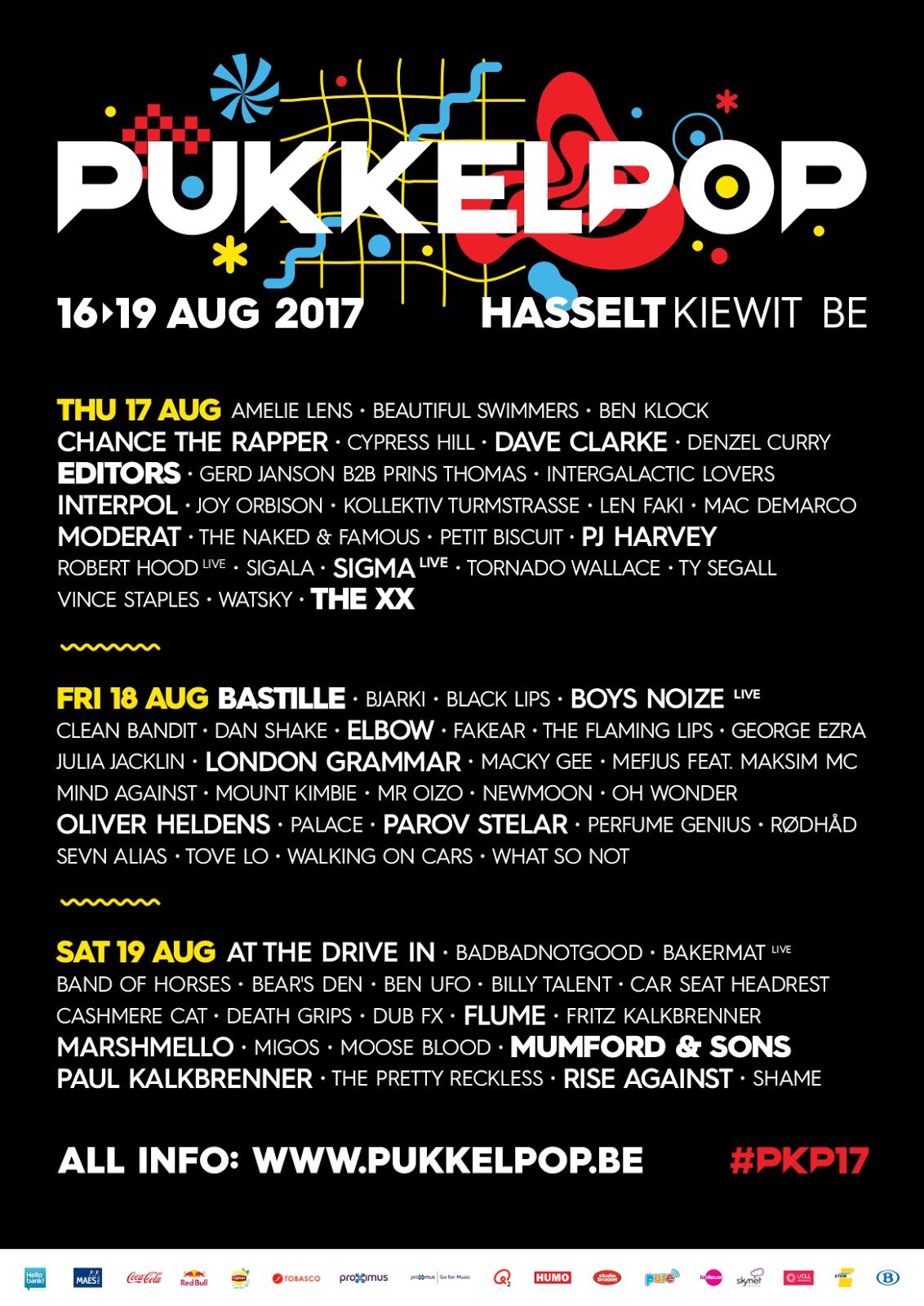 From 16 through 19 August, Hasselt-Kiewit will once again be the epicentre of musical pleasure. Who’s bringing that pleasure this year? Allow us to fill you in. Tickets to Pukkelpop 2017 go on sale at 1pm CET/2pm GMT on Wednesday 22 February.

With Mumford & Sons we’re programming an archetypical festival band on Saturday. Rousing singalongs alternate with powerfully moving moments. Their fantastic mix of folk and indie rock has ‘festival’ written all over it.

2017 was just a few days old and ‘I See You’, the new album by The xx, was melting hearts worldwide. The inspiring trio are closing the Main Stage on Thursday, a feat they also pulled off in 2013 to rave reviews.

It’s all over social media: Editors are holed up in the studio to work on their sixth full-length. They’ll be chomping at the bit to present the Pukkelpop audience with a mixture of new tracks and old hits so mark Thursday 17 August on your calendars.

“Antwerpen! That was incredible. Thanks for jumping around with us!”, Bastille tweeted at the start of this month following their excellent set in the Antwerp Sportpaleis. You can start bouncing around again in anticipation because Dan & Co are scheduled to stop by on Friday 18 August. Don’t forget to add in Flume, the most surprising beatmaker right now. His future bass concoctions will get you dancing and dreaming at the same time. And what about Chance The Rapper, the brand-new heir to the throne of hip-hop? He bagged three Grammy Awards last week, including the one for Best New Artist. Expect proof positive on Thursday 17 August.

The angelic voice of Hannah Reid of London Grammar will also drift across the festival arena this year. The new album by the British trio is set to drop soon and a little bird told us it sounds absolutely divine. There will be magic in the air on Friday 18 August.

Also, the evening will end in style with Parov Stelar, the band responsible for the wildest Pukkelpop parties in recent years.

Interpol is playing an exclusive set including a full rendition of their debut ‘Turn on the Bright Lights’, the one and only PJ Harvey is back and Elbow is presenting his new record. Moderat will create their own private universe of dark electronic beats, you can soak up the warm voice of George Ezra and Bear’s Den will show why they are all the rage right now.
Don’t forget to pump those fists to Rise Against, At The Drive In and Billy Talent and wave it around like you just don’t care with Cypress Hill.

Go to www.pukkelpop.be for a full overview of all new additions. More bands for Pukkelpop 2017 to be announced in the upcoming weeks.