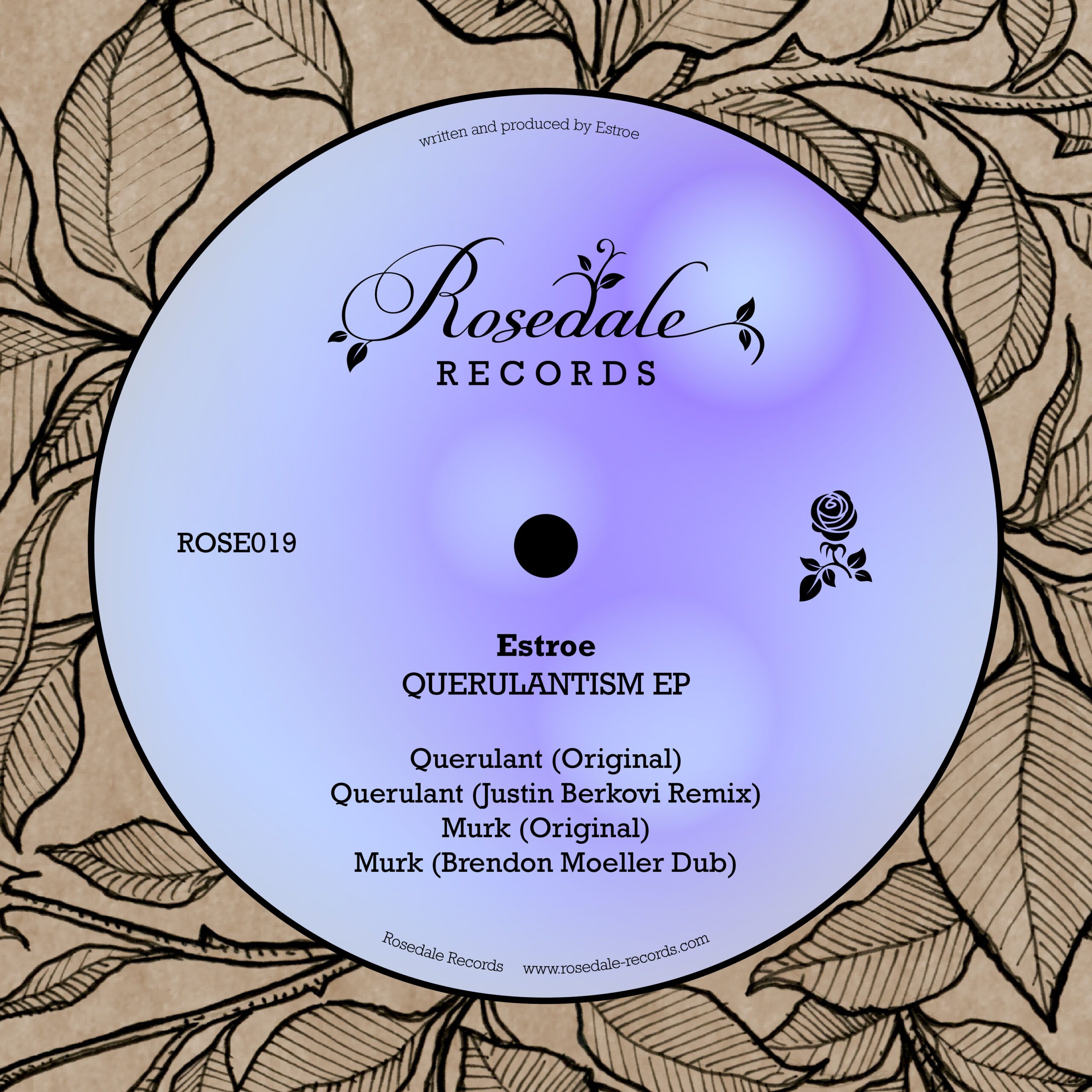 Rotterdam-based producer and DJ Estroe makes a return to her own Rosedale Records this June with the ‘Querulantism’ EP, accompanied by a remixes from Justin Berkovi and Brendon Moeller.

Esther Roozendaal, better known as Estroe has been an integral part of the Dutch underground House and Techno scene and further afield across the globe for quite some time now having played some of the most respected clubs across the globe such as Berlin’s Berghain and Tresor, Rex Paris, Womb Tokyo and Sub Club Glasgow amongst many more. Amongst being a highly in demand DJ, Estroe’s back catalogue of compositions have seen her release via the likes of Rush Hour, Manual Music, Connaisseur Recordings and of course her own Rosedale Records where she returns to here.

Up first on the package is the original mix of ‘Querulant’, laid out over six minutes with intricately programmed shuffled rhythms, an amalgamation of glitched out chord and string samples and pulsating sub bass to create a hypnotic, unfolding opening cut. Following is a remix from Justin Berkovi who reworks the original into an evolving, melodious number with growling bass leads, popping percussion and tension building strings.

‘Murk’ opens the latter half of the package and sees Estroe offer up off-kilter percussion, menacing bass drones and a shadowy, ethereal aesthetic before Brendon Moeller offers up his interpretation of ‘Murk’ to close the package, taking a more hook-driven approach with swinging 808 drums, spiralling bass hits and heady vocal murmurs.

Estroe’s ‘Querulantism’ EP is out on Rosedale Records 26th June 2017.