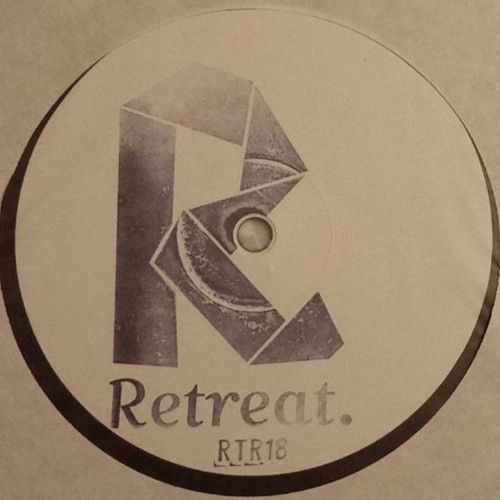 Seven years and ve volumes of »Treats« down the line, Retreat ips the script in 2016 and introduces a brand new remix series (cheekily) entitled »Re-Treats«! With Nebraska, Session Victim and Quarion reworking stables from the RTR back catalogue, »Re-Treats Vol.1« is a brilliant showcase of the art of the remix as each artist comes up with a truly personal take on the original material.

RTR18 starts in high fashion with digger extraordinaire Nebraska tackling the label’s most famous track so far, »Good Intentions« from Session Victim. It’s merely impossible to rework a bona de modern classic but the english producer manages this task with ease and stays close to the original by breaking down the main loop into a one bar groove with super crisp beats. This would already su ce as the core for a powerful track but the real action begins after a short break: Nebraska brings the original four bar loop back at the forefront while adding a wicked samba twist to it! And as the kick comes back in, you can help but dance with your arms in the air and a big smile on your face. The »Soho Samba Mix« is an irresistible tune with that unmistakable »London« air, not to mention a proper dance oor anthem in its own right!

Turn the record over for Session Victim’s take on »A & F« from Iron Curtis & Leaves. It will only take a few bars for you to feel that you’re in for a special ride with the one and only »Two Man House Band« at the commands. Matthias’ and Hauke’s version of »A & F« is much more a cover than a traditional remix as SVM add percussion, layers of juicy synths, loose drum lls and quirky samples over the original chords and vocals. There are shades of Jazz, Soul, Reggae and even a bit of Pop in the »612 Remix« but the vibe is 100 % Session Victim. The lads really excel in sun-drenched grooves and this remix is bound to become another staple in their dynamic live set for this summer’s festival season.

If the previous two reworks manage to somewhat stay close to the original material, then Quarion’s version of »Black Cream« takes an alternative route and propels Session Victim’s track into another dimension. Constructed around a tough beat and an hypnotic synth, the »White Smoke Remix« is thrusted by a powerful bassline and ying hi-hats that evolve in rapid succession. Parts of the original (a vocal here, a guitar there) are being fragmented to molecular level and clash with each other at light speed, as if Quarion managed to run these elements through the CERN’s Large Hadron Collider. It’s a dense, yet uid remix and a thrilling conclusion to this rst volume of »Re-Treats«.