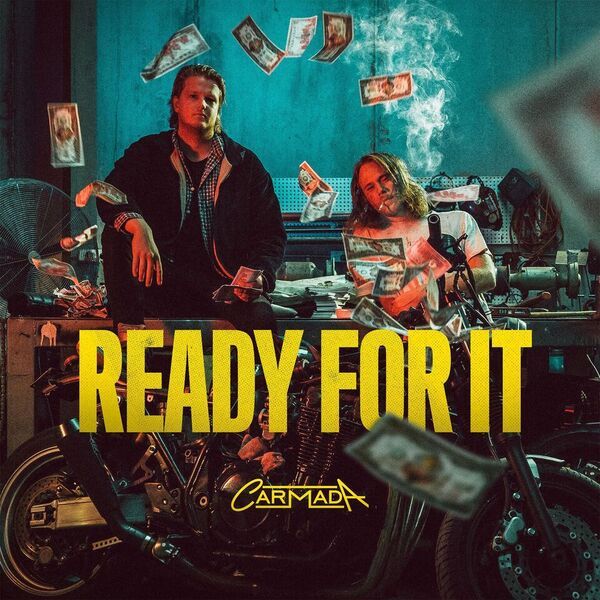 Super-duo Carmada, made up of multi-platinum selling producer L D R U and tastemaker Yahtzel, whose released on Foreign Family and toured with ODESZA, are two of Australia's most talked about young producers. After the 2014 successful release of their debut EP Realise and lead single “Maybe” – which was picked up by Skrillex before its certified Gold stamp – and the more recent massive single “Embrace” with NGHTMRE, the talented two-piece have proved to be unstoppable. Having kicked-off 2018 with an official remix to Fatboy Slim’s “Right Here, Right Now,” Carmada is back to unveil their latest production “Ready For It” featuring tribes, out now on Insomniac Records, which is accompanied by a music video.

From elegant and silky vocals to a bouncy and melodic-driven drop. “Ready For It” is a track loaded with dope electro swings, tasteful futuristic loops, and electrifying eclectic beats. Displaying the dynamic duo’s impeccable craft for production ‘Ready For It’ will undoubtedly have every listener enamoured.

The music video is a beautifully shot work which tells a story of an ill-fated love triangle and two females in a fight match over the same man. Packed with a high speed car chase and party scenes, the video is a must-watch.

Making waves in the U.S. Carmada has performed at some of the biggest festival stages including HARD, Electric Forest, Stereosonic, and plenty more as well as a notable 2017 collab with LA’s own NGHTMRE for hit track ‘Embrace’ via Mad Decent which has garnered over 1.5 million streams on Spotify. Now the powerhouse Aussie pair have a jam-packed year ahead and are gearing up for their second highly anticipated EP.