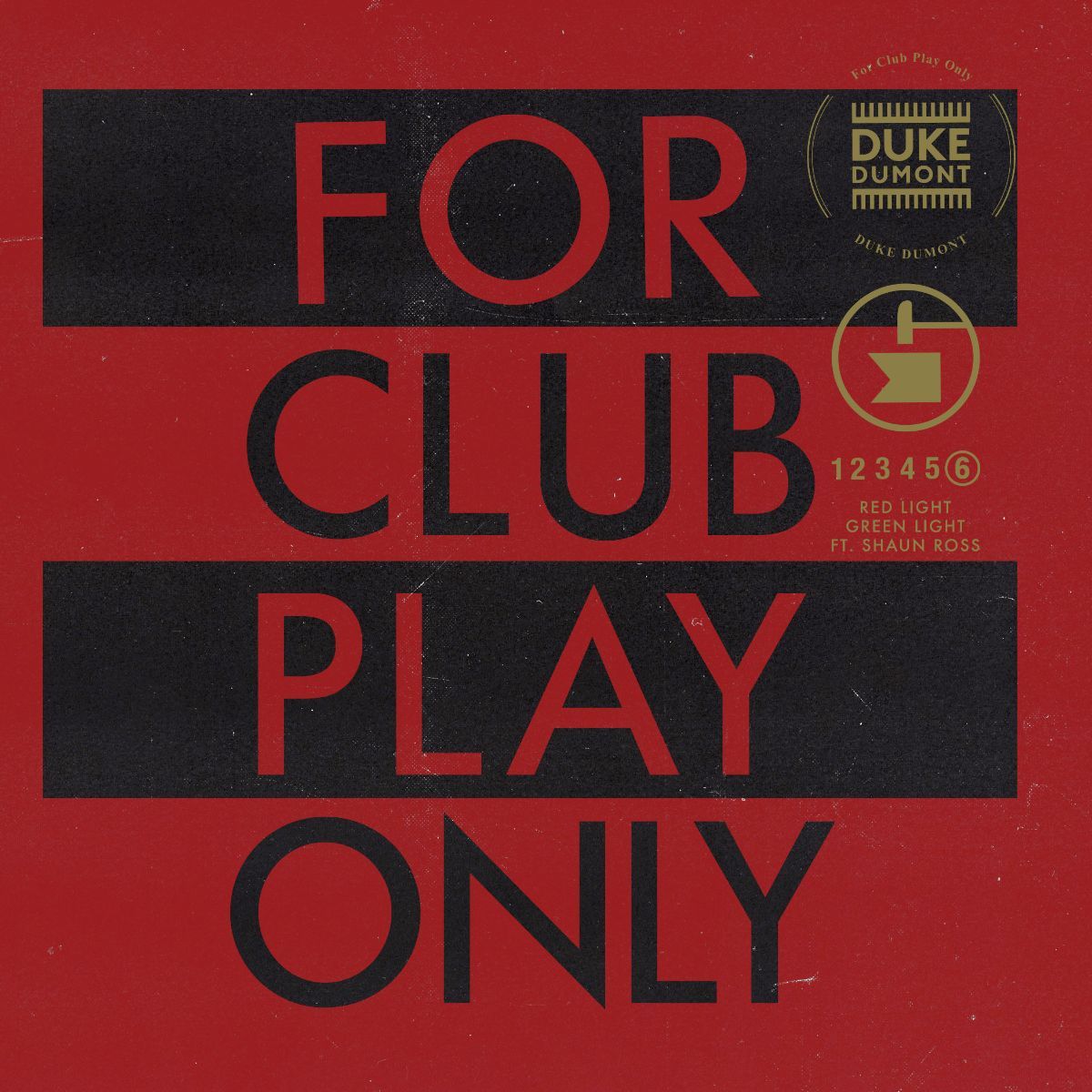 GRAMMY award nominee Duke Dumont has amassed over 1 billion streams across his back-catalog of previous anthems, scoring huge success with his platinum-selling UK number #1 singles ‘Need U (100%)’and ‘I Got U’. Previously collaborating with the likes of Jax Jones and Gorgon City, Duke has also produced and written for the likes of Katy Perry & Nicki Minaj. The British-born musician has further proved his hand on a range of remixes, reworking tracks for Mark Ronson, Nile Rodgers, and AlunaGeorge.

Securing a spot as a regular headliner on account of his eclectic DJ sets, Duke has played at various events and venues including Creamfields, Pacha Ibiza, and San Diego’s CRSSD Festival.

Featuring the vocals of the esteemed actor, dancer, musician, and model Shaun Ross, ‘Red Light Green Light’ follows Shaun’s own solo release, ‘Symmetry’ in 2017. Previously starring in a range of productions for the likes of Lana Del Rey, Steve Aoki, Katy Perry, Beyonce and many more, the multi-talented icon has etched a reputation as a truly global superstar, and recently featured in the video forTeyana Taylor’s ‘WTP’. Best known as a pioneer of the underground ballroom scene, Shaun also regularly vogues as a member of the famed House of Xtravaganza, where he brings his fabulous talent to the people of New York and Los Angeles.

Shaun has gone on to feature in photo-editorial campaigns for major fashion publications such as GQ, Vogue, i-D Magazine, and Paper Magazine. Amassing a reputation as an inspirational figure for people all around the world, he has modeled for Alexander McQueen and Givenchy, as well as featuring in an award-winning short film by Yoann Lemoine.

Sure to cement a place as one of 2019’s biggest dance anthems ‘Red Light Green Light’ is set to drop on Friday 22nd February.