Wunderblock Records is a key cog in the techno machine, churning out a number of upper echelon underground techno releases. Now they are looking to take things further. In a partnership with Berlin-based Ready Made Distribution, they would like to present their new vinyl sublabel Folgsamkeitfaktor (an „obedience factor“ or „willingness to follow“). The new imprint will be focused on heavy in- dustrial and EBM-influenced technopunk sound. Wunderblock Records are known for pushing the boundaries of modern techno and looking for that experimental sound that will be permanently ingrained in the listener‘s memory. The Wunder- block was Dr. Freud’s concept of how the mind records memories, and the Rus- sian label‘s bosses (Michael Teplov and Vladimir Kochenov) have been known for creative ways of staying in the public‘s mind with showcases in Moscow, Berlin, Nantes, and St. Petersburg. The masterminds are developing this concept fur- ther by looking beyond the present and looking to deliver a post-techno sound, raw, mechanical, tinged with EBM and post-punk flair; all the while building an air of familiarity even if what lies ahead is the unknown.

The initial release is a 7-inch record by new Berlin-based anonymous post-in- dustrial music project, Red Nailmaker. The namesake is actually derived from St.Petersburg‘s steel-rolling factory, a monument of constructivism built in the 1930s. The music of the project is close to constructivists‘ vision of art – it‘s ab- stract, mechanistic and raw in its form. The synonymousness with this art form is uncanny: the methodical and structured manufacturing of techno is masked in the true beauty and emotion of the genre. Stylistically it‘s a boiling brew of techno, industrial, rhythmic noise and dub, a very apt introductory release for the newly birthed sublabel. 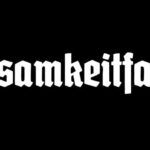 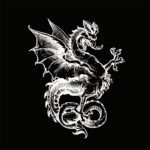