Redux Saints Debuts On Incorrect Music With ‘Ain’t Got Time’

Redux Saints Debuts On Incorrect Music With ‘Ain’t Got Time’

Surely no one has worked harder or to better effect during this strange year than Redux Saints. He makes his debut on Incorrect Music with ‘Ain’t Got Time’ on December 4th which features on Vol 6 of Incorrect’s popular 3-track ‘Tres’ series alongside releases from label head, Anthony Attalla, and Italian tech house star, Siwell. This hot new Redux Saints track comes as a swift follow up to a trio of terrific cuts: first was ‘That’s Right’ which was awarded ‘Toolroom Academy Track of The Week’ on his own Deep Tech Los Angeles Records, then a debut on Purple Tea, ‘To My Beat,’ which was a Beatport #1 Weekend Pick, and most recently ‘Unhinged’ again on his own label. This true artistic tour de force continues to offer up varied and vital new sounds with this latest track which comes just as he has climbed above BBC Radio 1’s Danny Howard to #87 in the Beatport Top 100 Artists chart.

Redux Saints aka Jason Trevor Miller has used all the free time from being locked at home to put plenty of energy and creative invention into his studio work. As the first US graduate of the intensive Toolroom Academy Masterclass programme just five years ago, he is now a true powerhouse with nine consecutive Beatport Top 100 releases, a Beatport ‘On Our Radar’ accolade and influential DJ support from the likes of Chris Lake, Joseph Capriati, Claptone, and more. Constantly evolving his sound with each new release, he has not only managed to stand his own label out from the crowd, but he has also had modern greats like Stealth, Toolroom, LOW CEILING and Purple Tea all come calling for his fresh beats.

His own label, DTLA Records, is now sitting at #59 in Beatport’s Top 100 Tech House Labels and has also been behind some innovative livestreams during lockdown with high profile fans like Charlie Sheen hyping up the three-hour mixes. They are always jam-packed with classic and new underground sounds, and have featured guest DJs from LA’s burgeoning scene, VERSUS (USA), Red Five and Notorious Lynch. What’s more, this tireless workaholic has also started a new compilation series on the label, Deep Tech Lockdown Sessions, which across two superb volumes has given a deserving platform to some of the exiting talents he is personally championing including ACAY, Toriah and Kristone.

Now it’s back to his own fantastic output with ‘Aint Got Time’ on Incorrect Music, an independent label founded by Anthony Attalla in Detroit in 2009, now residing in Chicago. It deals in music that bridges a gap between the sounds of those two iconic cities. From deep house to soulful techno, it is a leading contemporary outlet with releases from industry heavy-hitters and newcomers alike such as Chus & Ceballos, CJ Jeff, Offiah and many more. With his always forward-looking sound, Redux Saints is a perfect addition to the team.

The excellent ‘Aint Got Time’ is a fantastically kinetic house track with big, low slung drums and an infectious sense of swing. While the bottom end is perfectly heavy, the percussion up top hooks in the listener and the chord stabs build the tension. Add in a female vocal with real attitude and plenty of subtle effects, fills and sonic details, and you have a big hearted, high impact house record that is designed to get big reactions in the club.

Despite his unbelievable output this year, Redux Saints still has more house gold under his sleeve with more music landing in December and releases on Hood Politics and Toolroom arriving in the New Year. Stay for the thrilling ride…

Stream/buy ‘Ain’t Got Time’ now via all platforms: https://lnk.to/pYrbX8Ca 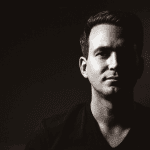