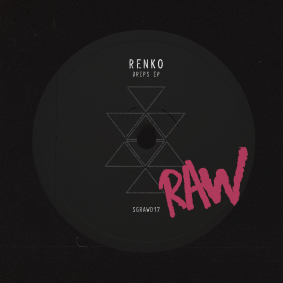 Rising Manchester based artist RENKO makes his solo debut on Solid Grooves Raw to open May, delivering two slick cuts in the form of his ‘Drips’ EP.

Launched as a sister imprint to Solid Grooves in 2017, Michael Bibi and PAWSA’s Solid Grooves Raw has quickly become yet another hub for essential dancefloor focused material from some of the scene’s exciting rising names, releasing material to date from the likes of Reelow, Ramin Rezaie, Iglesias as well as providing an outlet for both label co-founders themselves. Having previously collaborated alongside fellow Manchester trio Mason Collective to release on both Hector Couto’s Roush and Jamie Jones’ Hottrax, Solid Grooves Raw will now welcome rising UK talent RENKO’s first solo effort as he reveals his two track EP entitled ‘Drips’ this May.

Title cut ‘Drips’ opens proceedings as slick drum loops, sharp snares and warped vocal interjections combine with crisp hats packed full of swing, before leading into ‘Feel This’ as the focus is shifted towards gritty low-end tones, resonant chord flutters and a snaking bass groove throughout.