Results: The 2015 Forth Awards 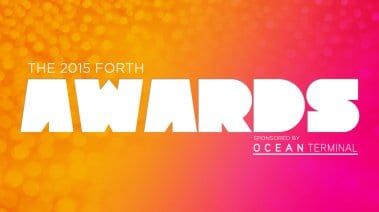 Results: The 2015 Forth Awards

American singer songwriter Charlie Puth, famous for his recent collaboration with Meghan Trainor – Marvin Gaye , opened the show to rapturous applause with the huge hit before being presented with the prestigious Forth Best Artist Award by Forth 1’s Big Saturday Show presenters Boogie and Dingo.  Craig Hill then took to the stage to present the Forth Best Bar Award to Edinburgh’s The Boozy Cow.

The afternoon of entertainment continued with a performance from Irish boy band, Hometown before Paul Fleming from Kinneil Primary, Falkirk was presented with the Forth Best Teacher Award, recognition for his enthusiastic promotion of the school’s core values of ‘RESPECT’ and his ‘CAN DO’ attitude at all times.

Stephen K Amos then picked up the Forth Fringe Award before performing a short stand up set to the enthralled Usher Hall audience.

Next to receive an award was the inspirational, Lynne Mcnicoll who received The Forth Cash for Kids Award for her tireless dedication to children with cancer and their families.  Sadly, Lynne McNicoll now has her own cancer to battle. The 58-year-old who is co-founder of the charity its Good 2 Give – whose patrons include Dr Who star Peter Capaldi and Olympic medallist Lynsey Sharp – has been diagnosed with breast cancer herself but continues to carry out her amazing fundraising work.

As the jam packed afternoon continued the crowd were treated to performances from the Forth Best Performance Award winner, Stevie McCrorie and sensational Australian circus performers, CIRCA – who will be performing this year as part of the spectacular Edinburgh’s Christmas festivities.

Forth 1 presenter Knoxy then bestowed the legendary Travis with the Forth Icon Award before band mates Fran Healy and Andy Dunlop took to the stage to perform favourites such as Why Does it Always Rain on me and Side. Thrilling the crowd so much that a few fans took to the stage during the band’s set.

One of the final awards of the day was the Forth Local Hero Award, picked up by Alison Barr on behalf of her son Jak Trueman who tragically passed away in February of this year.  In the summer of 2014 Jak was diagnosed with gamma delta T-cell lymphoma – an extremely rare form of cancer.  Throughout his illness Jak demonstrated a remarkable strength and positivity and although he knew that he had very little time left, rather than dwell on his own situation Jak showed extraordinary courage and selflessness by throwing himself into an ambitious fundraising drive which generated an astonishing £60,000 for leukaemia and lymphoma charities in a space of only four weeks. His desire to create a positive legacy grew and Jak began to plan an even more ambitious project while still in hospital – a project designed to help others for years to come.  He gave his mum Alison the task of seeing it through after he’d gone and the funds raised currently amount to a fantastic £125,000.

Finally, closing the show were Forth Contribution to Music Award winners Paul Heaton and Jaqui Abbott who performed a number of hits including Caravan of Love before closing with crowd pleaser, Perfect 10.

Cathy Kirk, Bauer Commercial Director, Radio Forth said: “The atmosphere at the Forth Awards is incredible every year and it’s safe to say that this year was no exception! The crowd, the presenters and the acts were all fantastic but the real stars of the Forth Awards are the local heroes whose achievements we celebrate every year.   There were some very poignant moments during this year’s award ceremony particularly when Jak Trueman’s mother Alison collected his Forth Local Hero Award and when the inspirational Lynne Mcnicoll collected the Forth Cash for Kids award, both woman showing incredible strength and bravery.”