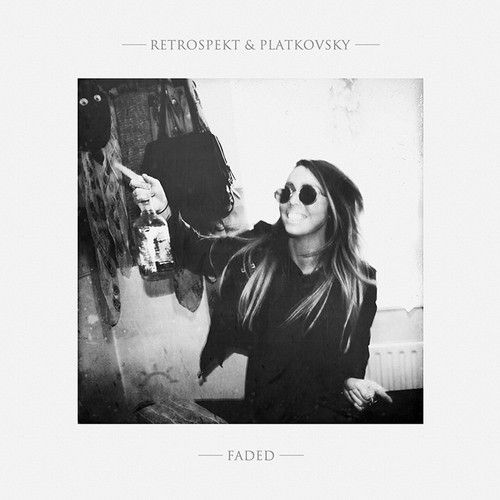 Slime welcomes Retrospekt back to the label, this time bringing with him a new partnership in the shape of Polish producer Platkovsky. The seductive elements of the former’s previous production style are all still present and correct, but through this forged alliance we are treated to a brace of tracks that now pack a considerably harder punch. The combined potency of both producers ensures these cuts will be essential ammunition for any DJ looking to fill a floor.

‘Faded’ opens proceedings with a rolling kick and pulsating bassline, before unveiling the Retrospekt & Platkovsky mantra from the mouth of a wasted partygoer, succinctly put as “Name three fun things to do…drink, party and smoke”. The track builds itself around an insistent melody line, layered across speaker-shaking drums that will incite clubbers to follow their philosophy to the letter.

‘Play Us’ tells the tale of current dance culture across snapping percussion and percolating drums, complete with a mischievous edge and plenty of explicit name dropping of the scenes biggest players. A serpentine bassline slithers and slides around the track with a chokehold grip, pouring directly out of the speakers and straight into your brainstem.

‘HVN’ drops the tempo down for a sensual little number. Perfectly poised vocals rub gently against narcotic beats and cavernous bass stabs for a late-night jam that will be the soundtrack to many a heads-down weekend workout before the sun comes up.

Up and coming house producer Matt Fear steps in to strip ‘HVN’ down and rebuild it into a monster of a track, relentless drums providing the exoskeleton around a beating heart of sublime chords and warm tones. The sting in its tail comes with a killer bassline that will blow minds and melt sneakers on the dancefloor.