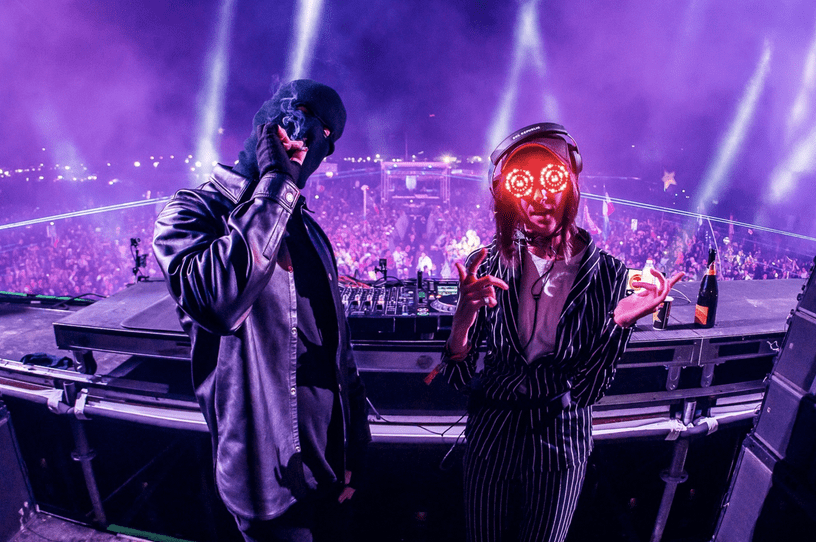 Following her “most impactful project to date” (Billboard) ‘Beyond The Senses’, and his latest release “Revolt,” REZZ and MALAA have teamed up for a monstrous new single “Criminals,” out today on Tchami’s label, Confession. REZZ has been teasing the collaboration with the mysterious masked DJ, MALAA, over the course of her Beyond The Senses tour this fall, and the duo performed the track live for the first time this past Saturday at Houston’s Freaky Deaky festival. It’s an exciting partnership for the two producers, both of whom are revered for their mastery of ominous aesthetics and sinister bass.

Speaking about the collaboration, REZZ says, “I have known MALAA for a long time now, we knew we’d work together someday.“

One of the most exciting and idiosyncratic artists in electronic music today, REZZ rose to international attention via successive releases on OWSLA’s sub-label Nest HQ and Deadmau5’s record label Mau5trap. Her recently released ‘Beyond The Senses’ EP earned praise from SPIN, who hailed its “mechanical stomps and shrill synths,” and Billboard, who said the EP “takes her menacing, mechanical sound to new dimensions,” while seizing the #1 spot on multiple iTunes and Apple Music charts. REZZ’s fall Beyond The Senses tour has seen her play legendary venues like LA’s Greek Theater and headlining major festivals including NOLA’s Voodoo and Seattle’s Bumbershoot, leading Seattle Weekly to dub her “one of EDM’s most commanding women.”

Masked by his iconic balaclava on stage, MALAA’s identity remains unknown. Though with over a dozen singles and EP’s under Tchami’s Confession label, MALAA has made his presence known in the underground dance music community. His work has been recognized and remixed by global artist, Alok, has worked alongside Skrillex and Diplo’s collective, Jack Ü, and combined forces with Tchami on NO REDEMPTION. Among some of his more popular releases are ‘Notorious’, his remix for DJ Snake’s ‘Me Oh My (feat. Travis Scott, Migos, and GASHI) and his Tchami collaboration, ‘Prophecy’, which have amassed 60 million streams across DSPs collectively. MALAA has graced stages across the globe, featuring appearances at Ultra Music Festivals, Holy Ship!, Creamfields, Breakaway, HARD Summer Music Festival, Moonrise, Spring Awakening, Lollapalooza and EDC.

The release of “Criminals” coincides with the launch of MALAA’s North American ILLEGAL 2019 TOUR, kicking off tonight, and REZZ’s Beyond The Senses tour, which continues through December with dates in Chicago, Portland, Seattle and more. 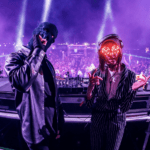