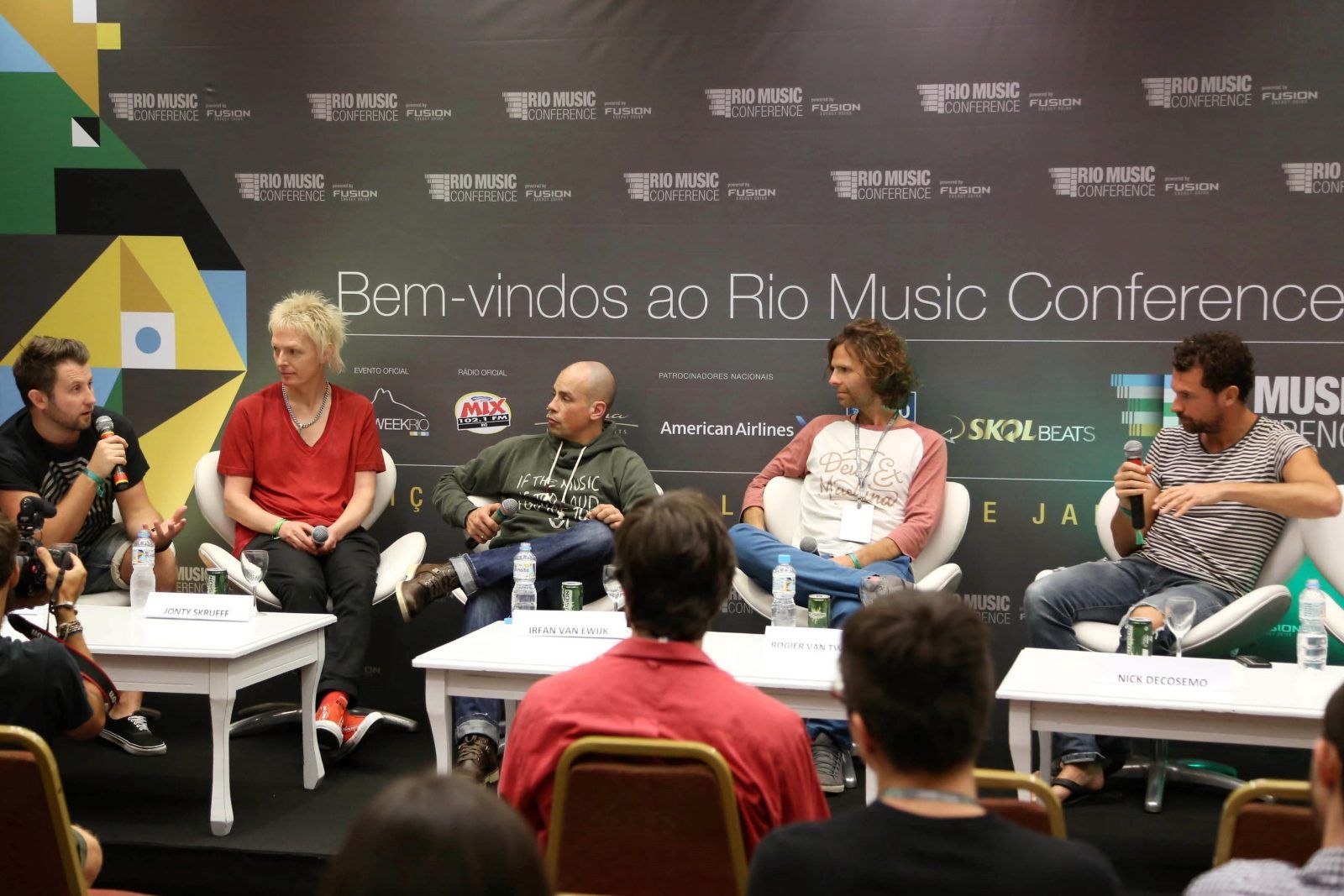 It’s not only “Samba” that gets the Carnival going in Rio. The seventh edition of Rio Music Conference (RMC) – the electronic music’s largest trade show in South America – will take place from February 4th to February 17th. In the midst of the biggest street party in the world, the event will bring together innumerous artists, producers, journalists and businessmen, besides relevant people from the electronic music scene and the creative industry, both national and international.

The RMC divides its schedule in two: the conference and the festival, featuring the biggest names in the industry. The first part focused on business and the stimulus on market development, which sums up panels, workshops, trade show and the Club Week. The second part is entirely directed to entertainment with Rio Music Carnival, a five days festival with the world’s top headliners. As for the rest of the year, smaller editions with the same features travel around the country, spreading knowledge and fostering the market of national electronic music: the RMC Regional Meetings.

The main conference, with lectures, workshops, speed coaching and business fair will take place at the Pestana Rio Atlântica Hotel, from February 4th to 6th. Club Week will be offering a special attraction on every day of the event, thanks to RMC’s partnership with local establishments, firing up the nightlife in Rio. On the other hand, the traditional RMC festival will be renamed as Rio Music Carnival, featuring national and international headliners at Marina da Glória, from where you can have some of Rio’s best views.

There’s an estimate of 120.000 people participating in the event through its 14 days, including around 500 parties along Club Week, the Rio Music Carnival and the conference. “The RMC works as a place to exchange information and knowledge of those involved in the music industry and live entertainment. Furthermore it stimulates new deals and networking as a way of boosting even more the electronic music industry in Brazil”, explains Claudio da Rocha Miranda Filho, RMC’s co-founder and director.

It will take place on the first three days of event (February 4th, 5th and 6th) and gather more than 20 international guests from places like the USA, Holland, England, India, Chile, Spain, Mexico, Portugal, Germany, France, Canada and Brazil’s best.

Among the participants, some names to remember are Ben Turner and Kurosh Nasseri, co-founders of AFEM (Association For Electronic Music) as well as Mark Lawrence, AFEM’s CEO. In one of RMC’s most important meetings they will evaluate AFEM’s progress in the last few years and its expansion plans in South America. AFEM is a non-profit organization, built to represent the common interests between the companies and those who work in the electronic music market. Claudio, RMC’s co-founder and director, is the only Brazilian to part of the board.

One of the main subjects in this years conference will be the new release from Pioneer, named KUVO, which promises to revolutionize music’s ID system in nightclubs and festivals, rising awareness on naming rights. This same subject was brought up at one of the most relevant debates at ADE’s (Amsterdam Dance Event) last edition – biggest conference in this segment, worldwide. Richard Zijlma’s, ADE’S main director, will also be at the 2015 RMC.

Another important part of the programming is the speed coaching on which participants will have a one-on-one treatment with specialists of the electronic music scene. Tips and specific guidance will be provided to each and everyone’s needs and goals.

Those enrolled at the conference will be able to enjoy Club Week Rio’s 2nd edition, in which dozens of the city’s nightclubs will offer discounts and advantages to those participating in the RMC, from February 4th to 17th. This is a way to transform the local clubs into co-hosts of Brazil’s biggest electronic music and entertainment meeting. On its last edition, Club Week featured 32 establishments, from different parts of the city. The goal is to expand this even further in 2015, spreading fun and music culture in Rio de Janeiro.

The RMC’s traditional festival (Feb. 13-17) has now its own brand and is called Rio Music Carnival. Another big change in this rebirth is that the event will leave the pavilions of Marina da Glória and get an external area with a new layout and, of course, a view like no other to the Guanabara Bay and the Sugarloaf Mountain. Another new feature is the “Early Bird Tickets” sale before the program is released, which allows the audience to ensure their attendance at the event in advance.

Tiësto, one of the pioneers to raise the bar for DJ’s on show business, will be 2015’s main attraction. The Dutch is responsible for hits like “Traffic”, “Dance4Life”, “In The Dark”, “Red Lights” and promises another remarkable performance to Rio’s audience.

An edition of Life in Color, considered the biggest “paint party” in the world, will take place on the third day of the festival, with an act by Showtek, from the renowned record label Spinning Records and Alok, one of the Brazilian DJ’s with most success among the youngs. Another big acts will be announced soon.

Claudio highlights about the festival’s new phase: “We realized that the festival should have it’s own identity, so the audience could understand clearly the two sides of the RMC: entertainment and business. So, what was once our biggest challenge in 2009 – make electronic music happen during Carnival in Rio – became a part of our brand and now bears the signature of Rio Music Carnival. In fact, it wasn’t a challenge. It was an extravagance! Carnival is the party of extravagancy, of explosion and joy. This is what Rio Music Carnival is all about, a truly Brazilian electronic music festival, with our nation’s energy. We want to export the Brazilian joy!”