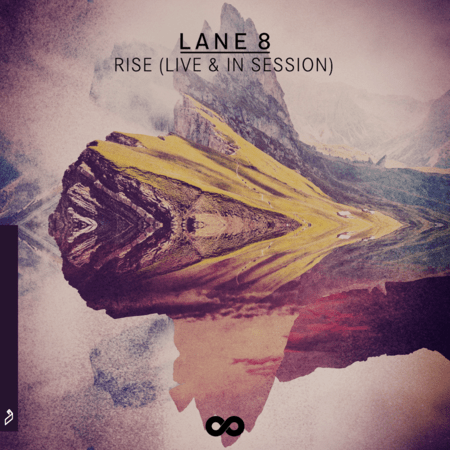 Selling out shows from LA to London, Daniel Goldstein aka Lane 8 marked himself out as one of electronic music’s rising stars in 2015 with the release of his acclaimed debut album ‘Rise’ on Anjunadeep. Highly praised by The New York Times, Hype Machine, Mixmag, The Fader and The Metro, and supported by global tastemakers Annie Mac, Jason Bentley and Pete Tong, Lane 8’s diverse sound connected with audiences across the board.

Casting new light on the songs and musicality at its heart, ‘Rise (Live & In Session)’ collates live and session recordings of five tracks from the album, recorded with collaborators Solomon Grey and Lulu James and featuring live keys and arrangement from Daniel himself.

Album opener ‘Loving You’ appears as an ‘In Session’ performance with original vocalist and Jon Hopkins collaborator Lulu James.

Long-time collaborators Solomon Grey return on of ‘Diamonds’ and ‘Hot As You Want’, taken from the popular ‘In Session’ videos debuted last year, originally premiered by FACT Magazine.

Closing the EP is a recorded live rendition of ‘Hot As You Want’ and a Solomon Grey-sung live cover of ‘Loving You’, both taken from an intimate Lane 8 live show at Peckham Liberal Club in London.