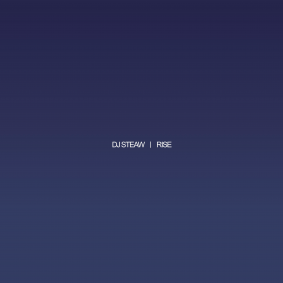 This November will see Dj Steaw deliver his debut long player for his Rutilance imprint, entitled ‘Rise’ and comprising nine cuts from the Parisian producer and DJ, here we see him offer up a sampler snapshot of the project.

French producer and DJ, Dj Steaw has long been at the forefront of the contemporary Parisian House scene, releasing on imprints like Phonogramme, sub-label of record stores and institution Syncrophone, DJ Haus’ Hot Haus Recs, Kerri Chandler’s Madhouse, and of course his own Steaward, House Puff and Rutilance imprints, the latter of which is the home for his debut LP ‘Rise’ set for release at the tail end of 2018.

Ahead of the album dropping the artist has cherry picked a selection of key cuts from the release as a sampler and leading is ‘Bondi Beach’, employing loosely flowing, organic percussion, breathy reverberated vocals and soft ethereal synths billowing amongst the depths of the composition. ‘Spring’ follows and edges into a more House territory with filtered loops, bumpy drums and a squelchy acid-tinged bass whilst resonant synth licks and vocal cuts further fuel the sun drenched groove. Title-track ‘Rise’ is up next with broken drums, funk-infused organ licks, warm Rhodes and Moog style leads creating an jazzy, soulful addition to the long player.

‘Celestial Vibrations’ sees Dj Steaw deliver his finessed approach to House with heavily swung 909 drums, soft dub echoes and silky smooth chords all flowing in unison to create a classy, elegant and understated groove. ‘RV’ then rounds out the sample on a more robust tip with murky bass, modulating synths and rave chords layered over a thunderous rhythmic drive.