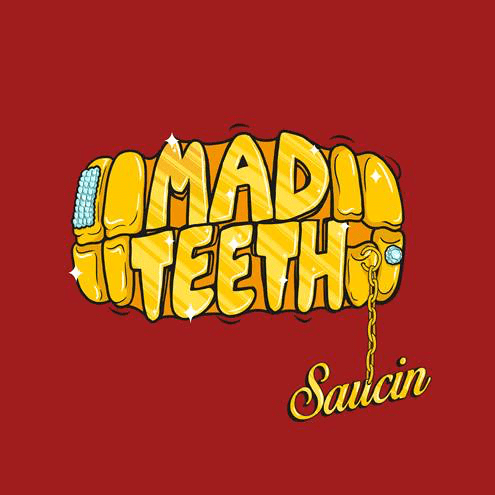 Mad Teeth are a London based trio consisting of David Stewart, Jessica Agombar and Yash Sohodeb. They were all born and raised across London, but have all carved very different paths through the industry to get where they are today.

Yash grew up in Tottenham and started producing and DJing on pirate radio. His hometown had a wave of grime MCs landing huge major label deals including Skepta, Wretch, and Chip, who Yash ended up working alongside and producing for before turning to dance and electronic music. Jess on the other hand grew up in Bow and was always highly influenced by grime music. She wound up starring in St Trinian’s, assisting Xenomania with the soundtrack and landing a spot in girl group Parade. She always knew that she wanted to write music so ended up collaborating with Roll Deep icons Manga and Scratchy, blending her experience in the charts with her east London roots. By contrast the group’s third member David Stewart grew up on a diet of classic rock and landed gigs touring with some of the biggest bands in the world before teaming up with rapper and singer Example for a five-year stint in his band.

Having been introduced to each other by mutual friends in Ibiza, the trio decided to get in the studio together and Mad Teeth was born. Now back in London and signed to Sony/RCA, the group are on a mission to bring a slice of their London roots to the charts, fusing their collective experiences of both the industry and the capital’s thriving underground scene.

Between them, the trio have a large portfolio of extensive writing and producer credits including Wretch 32, Tinie Tempah, Example, Skepta, Chip, Ghetts, Krept + Konan, Yxng Bane and Roll Deep. Having worked behind the scenes for years, the trio are now enjoying the creative freedom that comes from stepping into the spotlight.

With further releases set to drop later this year Mad Teeth are continuing to cement their reputation as one of the key artists to watch in 2019. Saucin’ is out now!