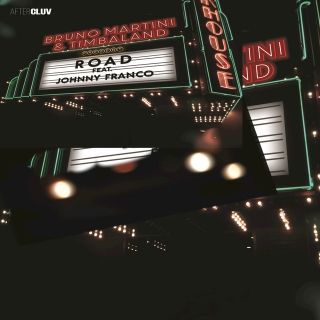 Having garnered over 500 million streams, Brazilian superstar Bruno Martini continues to prove  to be one of this year's most surprising and promising talents. His recent single "Never Let Me Go" was just certified Platinum in Brazil during Bruno's knockout performance at Rock In Rio 2017 —a massive accomplishment which comes on the heels of his first North American tour, where he performed on the main stage at Electric Zoo New York as well as in Montreal, San Diego, and Los Angeles. His latest single “Sun Goes Down” is still climbing the global charts rapidly.

Now the young musician, vocalist, and producer is unleashing a new single for his fans. Titled "ROAD," the track is a collaboration with master producer Timbaland featuring the unique voice of Johnny Franco. The first of several planned collaborations between Martini and Timbaland, "ROAD’s” unforgettable blend of electronic country-rock, blues, dance rhythms and pop will make you fall in love with it from the very first beat.