Rob Tirea Releases Single ‘For You’ Ahead Of Debut EP

Rob Tirea Releases Single ‘For You’ Ahead Of Debut EP

Burgeoning DJ, producer and all-round musician Rob Tirea returns with his brand new single ‘For You’; an emotive deep house opus that’s as fun as it is impassioned. This latest offering follows his recent slew of releases ‘Insecure’, ‘The Storm Front and the Sea’, and ‘Hypnotize’, and paves the way for his upcoming debut EP. Out now on House For A House, ‘For You’ is available to listen to across all streaming platforms.

The cinematic track opens with minimal flair, highlighting Rob’s own textured, pitch-bending vocals alongside atmospherically heady-house production elements. Drawing the listener in closer and closer, the cut begins to swell, picking up its pace in preparation for a euphorically anthemic drop and subsequent groove-induced walking bassline. The subtle beat permeates throughout its entirety, maintaining Tirea’s irresistible signature four-on-the-floor momentum. Wholly multifaceted, ‘For You’ is another prime example of the L.A.-based musician’s keen penchant for producing quality, club-ready dance music with an indie pop edge.

“The track’s concept came from my realisation that I needed to stop seeking approval and validation from others, especially when it came to my music career. I want people to interpret the song as they want but for me, it was about following my own path and not relying on acceptance from others and I think this is a topic we can all relate to in some way or another” – Rob Tirea

Hailing from Huntington Beach, California, Rob Tirea began producing music at 18 and would later go on to sign his first single in 2014. Since then, his career has steam rolled into quick maturity, garnering support from industry titans Brooks, Hardwell, Morgan Page, and Nicky Romero, to name a few. Highly-skilled across an array of instruments including piano, guitar, bass, and drums, Tirea champions a new and catchy hybrid take on the deep house genre with indie pop and alt rock sensibilities. 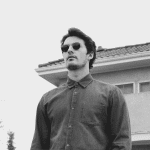