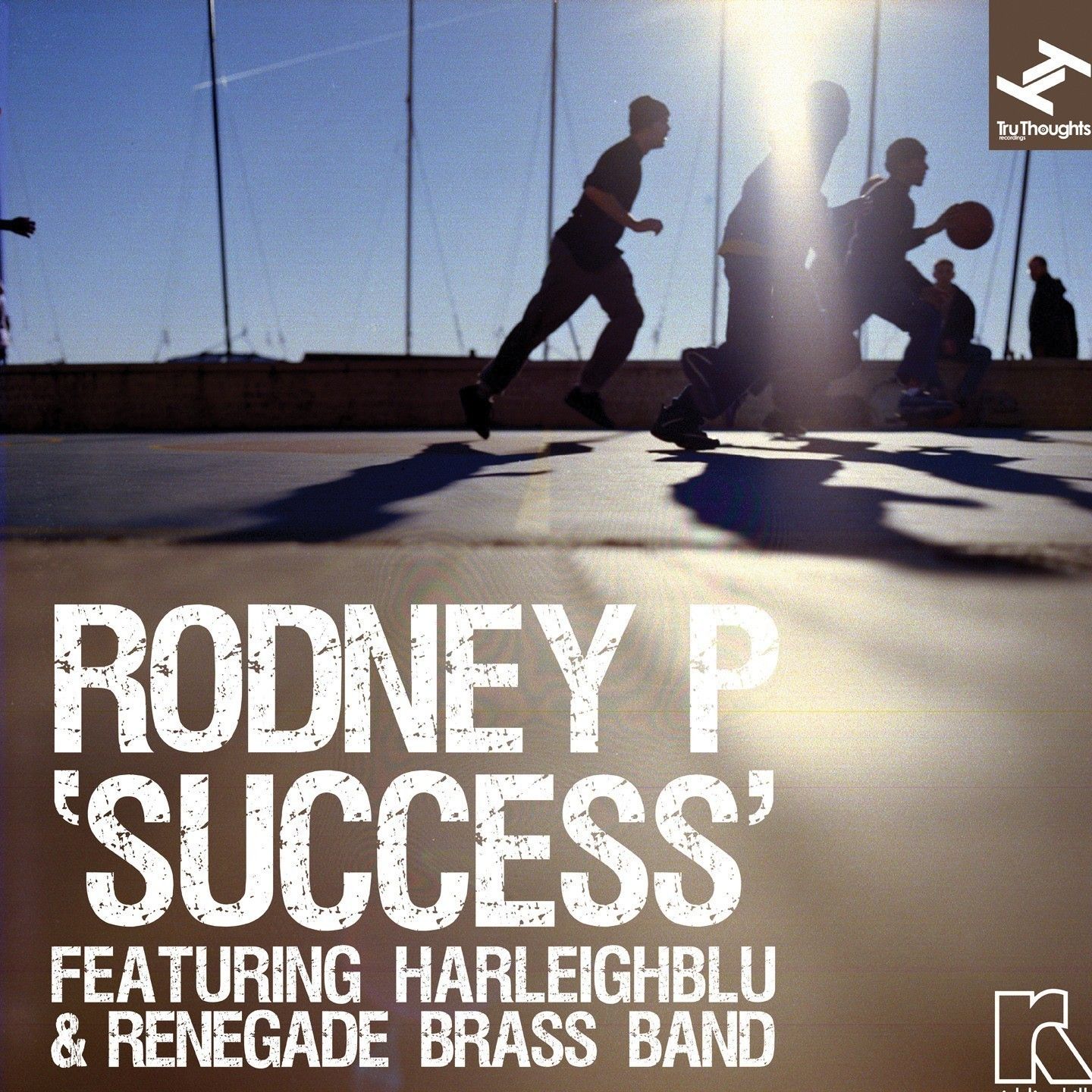 “Success” feat. Harleighblu & Renegade Brass Band is out on 30th September on Tru Thoughts. Vibrant, catchy, gritty yet smooth, “Success” is a brass-heavy, R‘n’B-inflected hip hop cut with all the hallmarks of a future classic. One of a handful of collaborative endeavours between the revered London Posse rapper Rodney P and the young, up and coming soul singer Harleighblu, and showcases the magic that happens when these two talents merge.

In a welcome return for the inimitable London flow of Rodney P aka Riddimkilla, “Success” sees the industry veteran dispatching the haters, with a brilliantly unshakable chorus brought to life by Harleighblu ’s charismatic caramel tones; the track resembling a crash course from master to protégé in light of the steep upward trajectory of Harleighblu’s career.

With an exclusive Radio Edit, as well as Instrumental and A Cappella cuts, this single brings a first mainstream release for “Success”, by popular demand, following a limited (now sold out) upfront 7” in April. There is also a great fun video, to be launched soon. Catching both Harleighblu and Rodney P on top form, the track was recorded at a time of great artistic excitement for both performers.

Rodney P is currently flying high, more than 20 years after he entered the game; recent live work with Dub Pistols and an acclaimed LP with Zed Bias and Fallacy as Sleepin’ Giantz were followed by the release this summer of ‘Gangster Chronicles: The Definitive Collection’, the deluxe reissue of the seminal 1990 London Posse album. Gaining press support in The Wire, The Quietus, MOJO, Uncut, DJ Mag, The Mirror, The Big Issue and more, plus radio play including Rob da Bank (BBC R1) and Don Letts (BBC 6Music); this great release has switched a new generation on to this most influential of UK rap records and its creators. Rodney P was also recently recruited by SB.TV to curate Skooled By, a popular new video series featuring exclusive performances from some of the most legendary MCs around; and he is working on more new solo material for release in the near future.

A major fan of Harleighblu’s unique and irresistible soul voice, Rodney P endorsed her talent right from the beginning, sparking a two-way collaborative relationship. Making regular guest appearances in Harleighblu ’s live shows with her ten-piece band, the rapper has also been known to borrow elements of her killer live set-up (including Renegade Brass Band, who provide the compelling horn section on “Success”) to spice up his solo gigs.

It was Rodney P who first championed Harleighblu to Tru Thoughts A&R Robert Luis last year, and he has also signed up as the support act for her upcoming album launch show in October. Having been snapped up for a record deal, Harleighblu’s debut album ‘Forget Me Not’ is set to launch a sparkling career, if the early hype is anything to go by: upfront tracks have had heavy tastemaker support including MistaJam (BBC R1/1Xtra), Trevor Nelson (1Xtra), BBC Introducing, Don Letts (6Music), Nemone (6Music), Huey Morgan (6Music), Ras Kwame (Choice FM), Craig Charles (6Music), John Kennedy (XFM), DJ Mag and Echoes. Meanwhile, Harleighblu has found her currency as a guest vocalist and co-writer rising, with a slew of collaboration requests from Shy FX, Eats Everything, 16bit (Chase & Status’s MTA Records) and others who cannot yet be revealed.