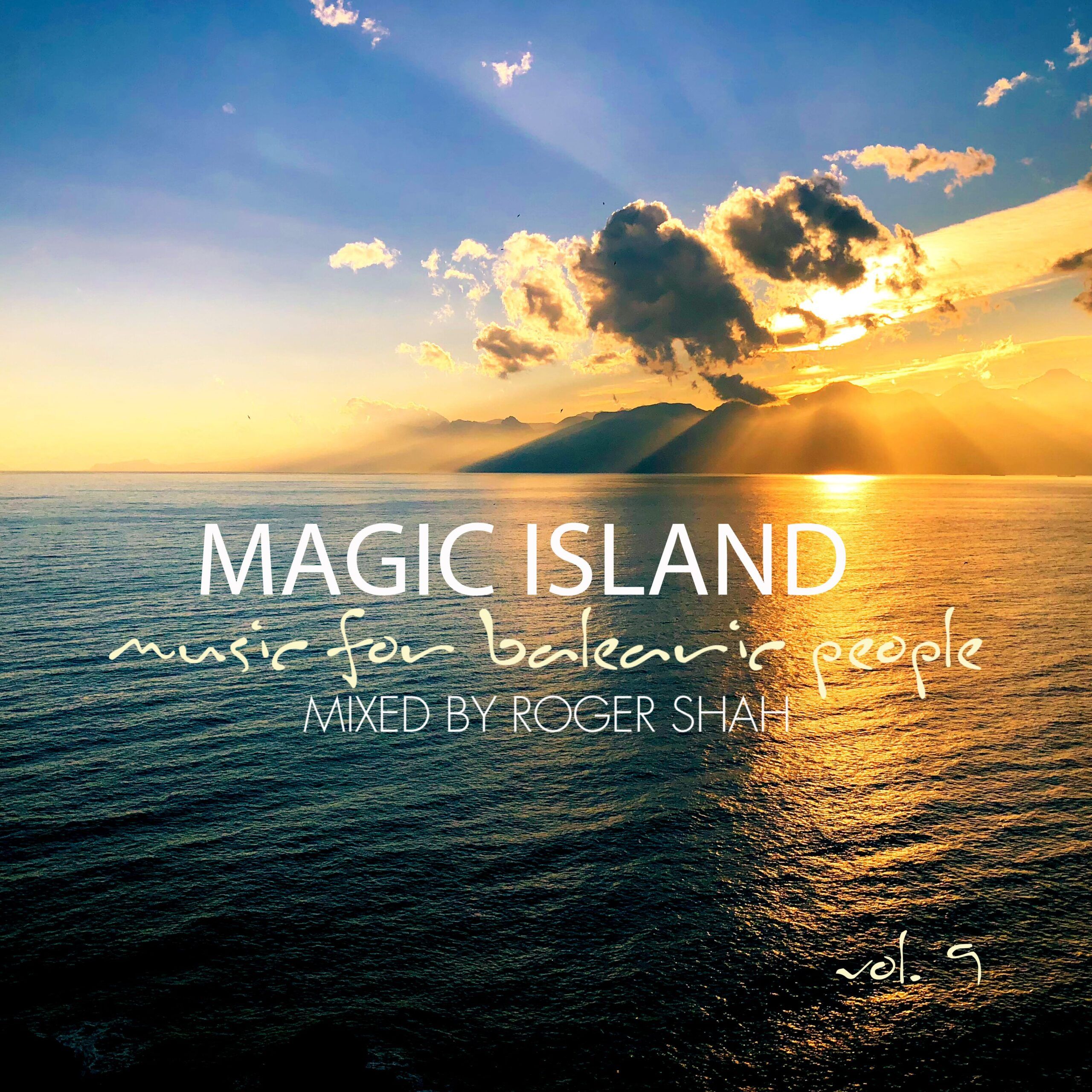 Winter is long, spring seems shorter by the year, but what’s important right now is that summer looks pretty much eternal! Yup, we’ve reached the time of year where all eyes hearts, minds (and everything else of importance!) turn to face the sun.

Whether you be beat-seeker, heat-seeker (or both), we’ve something the season simply can do without – a soundtrack! June 21st sees Roger Shah reconvene his wandering band of multitalented Magic Islanders and musical set sail for the sun.

We can all agree there’s something to be said for a bit of dependability in these crazy mixed-up times! Here’s the question though… Is Roger Shah’s ‘Music For Balearic People’ now themost reliable part of any electronic music summer!?? Consider… over the duration its eight volumes have materialised in the same month of each year (sometimes even the same week!). They feature a dedicated cast of music-makers, some of whom have been there from its first word and played a part in everyedition. Style-wise it’s kept its musical culture locked; ditto for its ethos of globally connecting people who see life the Balearic way. And it has – every step of the way – been helmed & honed by series standard-bearer, Roger Shah.

As ‘Magic Island’ approaches its landmark tenth outing, Roger’s again marshalled his crew of Balearic People for the 2019 trip. On this expedition you’ll find regular cohorts including (*deep breath*) Rene Ablaze, Pierre Pienaar, Brian Laruso, Raul Pablo Sanchez, Bob Memphis, Clarks, David Broaders, Sergey Shabanov, Aaron Sim and others.Naturally, outside of Magic Island season, Roger’s expended his energies working on new summer-saluting material. You’ll find new pairings (many of the them for the first time) with Stoneface & Terminal, Kristina Sky, Pierre Pienaar and others besides. As you’ve every right to expect, there’s also a renewed wealth from Roger’s best-known aliases – Sunlounger, High Noon At Salinas and Global Experience among them.

As ever, each of ‘Magic Island’s mixes echoes the respective vibes on two very distinct times of the day. With mix 1 Roger musically backdrops sun & sea, beach, lounge & bar. Hitting the recline button, the mix cruises out with the temperate latest from Clarks, Ihab Sameh and Marycee & Balearic Session. Around the midpoint High Noon At Salinas pop an umbrella in your drink, adding the intoxicating notes of ‘Siente El Sol’ and the Terrace Mix of ‘Espalmador’ for good measure. Series regulars Raul Pablo Sanchez & Brian Laruso bring cooler-yet essence with Schattenspiel’ & ‘Anything’, before Global Experience deliver the housier perspectives of ‘Sa Trinxa’. Roger’s own creations maintain the mix’s glide path as ‘The Sun Will Rise Again’ from Sunlounger & Susie Ledge preludes the welcome return of San Antonio Harbour with ‘Neon Colors’.

On the composition of his ninth compilation, Roger says: “In all the time I’ve been doing them, I’ve never spent as much time putting together a ‘Magic Island’ compilation as with this one. Besides the usual interaction with all the producers (one of the most enjoyable and fulfilling parts of the process), I also got re-inspired to use a lot of my aliases. This meant I ended up contributing even more of my own work. I hope everyone gets something like as much pleasure from listening to this album as I did whilst making it!”

Frontend of Mix 2 and Roger ushers some new Magic Island blood into the spotlight with Zoxy, Terry Gaters and Fredd Moz and Ingsha all making their series debuts. With the drums up, bass braced and synths rigged, Roger hits a collaboratory tract, dropping new clubbier in-studio teamings with Kristina Sky, Stoneface & Terminal, Rene Ablaze and others. Series vet David Broaders is hot on their heels with the floor-waxing ‘Heliosphere’, whilst with ‘Castaway’ and ‘Azimuth’, Sergey Shabanov likewise pitches in with a pair of hand-raisers. Roger works in some similarly styled magic with the Aneym-sung ‘Whisper To Me’ from Andy Elliass, along with the Polish producer’s Rolfiek collab ‘On The Way To Wonderland’. Rounding off 2019’s Magic Island excursion, you’ll find Eric Senn’s ‘Chase Your Dreams’ and ‘Fantasy Land’ from Yodis, while Corrie Theron sends Disc 2 on its way with ‘Smile’.

Into the blue…? After you!