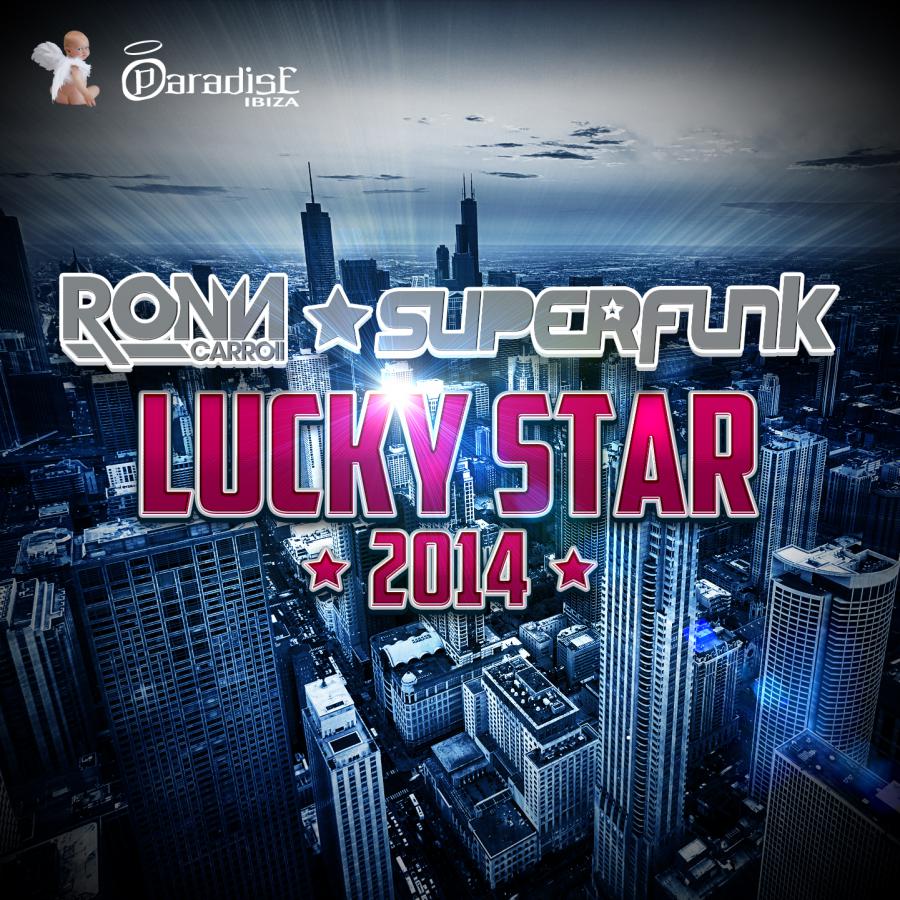 After a Golden record in 2000 with “Lucky Star”, the French DJs from Superfunk and Chicago based singer & DJ Ron Carroll are back with a new twist of their Essential Hit : “Lucky Star 2013” on Paradise Records! With the original version being a worldwide hit and beating sales records in France, Germany, Switzerland & Belgium –  this new version is surely a treat for the ears!
Known for his vocal performance on “Lucky Star”, Ron Carroll, also known as R.O.N.N is a highly respected American DJ, singer & producer. He has played with the likes of Frankie Knuckles, David Morales, Lil Louis and Ron Hardy! Together with Ron Carroll is the French house band Superfunk. Formed in 1998, Superfunk is composed of Stephane B & Mike 303! Known for their exceptional dance tracks, Superfunk played alongside Bob Sinclar, Felix Da Housecat, Gus Gus or Neneh Cherry!

Get ready for another electrifying release as Ron Carroll and Superfunk stir up your EDM flavors with “Lucky Star 2013” on Paradise Records, a DJ Center Music Group Label! Don’t miss it!