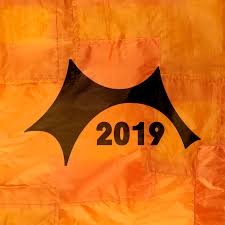 Empire of the Sun, Death Grips, Aurora, Fontaines D.C. and more complete the music programme at the Danish non-profit festival. The full schedule for the 188 acts has also been announced.

The new additions will join artists such as Cardi B, Bob Dylan, Robyn, Chance the Rapper, Travis Scott, The Cure, Rosalía, Vampire Weekend and many more. A total of 188 acts from more than 40 countries will play the festival’s 8 stages.

Technicolour pop and the future of punk
Australian pop favourites Empire of the Sun are set to release a new album, and their exclusive summer tour will take them to Roskilde Festival for their only Scandinavian show.

They will play the festival’s famous Orange Stage – originally bought from The Rolling Stones in 1978 – on the same day as Travis Scott, local hero MØ and Brazilian samba legend Jorge Ben Jor.

“We’re thrilled to present the last acts and a full music programme with 188 acts from all over the world. We first tried booking Empire of the Sun 10 years ago, and we can’t wait to finally see their colourful, overwhelming show on our Orange Stage.”

Following last year’s Year of the Snitch, Death Grips are ready to conquer new ground with their Roskilde debut. The energetic industrial-noise-punk-rap trio will play the Arena stage – one of the largest tent stages in Europe – on the same day as Underworld, Johnny Marr and Jungle.

The punk attitude is very much alive among other new additions to the programme. Dublin’s very ownFontaines D.C. have just released their debut album Dogrel to great acclaim. They will play the classic Pavilion stage on the same day as acts such as Rolling Blackouts Coastal Fever, Ulver and Carpenter Brut.

Melbourne quartet Amyl & the Sniffers will make a racket on the festival’s smallest stage, Gloria, on the same day as Stella Donnelly, Tirzah and Crack Cloud, among others.

Shame are back at Roskilde, this time at the theatrical Avalon stage, following a diverse list of acts that day including Sharon Van Etten, Neneh Cherry, Fatoumata Diawara and Jon Hopkins.

There are 8 different music stages at Roskilde Festival, ranging in capacity from about 1,000 to 60,000.

These 10 acts are added to the line-up today: