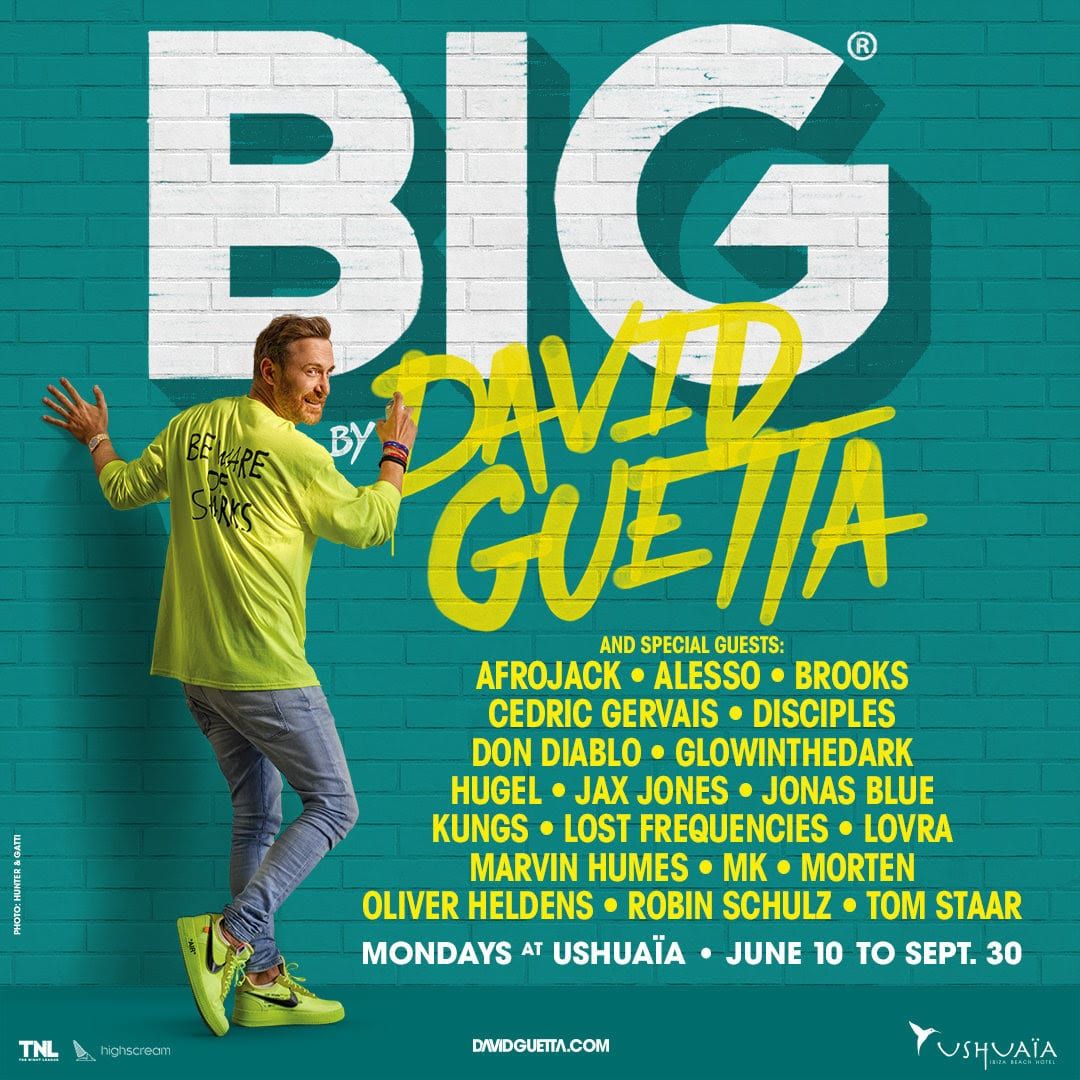 Grammy-award winning artist and dance music champion, David Guetta, today unveils an incredible roster of acts who will join him at his Ushuaïa Ibiza weekly show this summer. ‘BIG’ by David Guetta has been praised as one of the most influential concepts from around the world. Not only does Guetta play amongst a state-of-the-art production, but he also brings a collection of the industry’s finest each year.

The Parisian prodigy will reclaim his regular Monday slot at the no. 1 open-air venue from June 10th to September 30th, bringing with him mainstream heavyweights, including Afrojack, Alesso, Robin Schulz, Jonas Blue and Oliver Heldens. Guetta has also called in dance music champions Jax Jones, Kungs, Disciples, Lost Frequencies, Don Diablo and HUGEL. While the queen of party starters LOVRA will return for another year. Add Brooks, Cedric Gervais, Tom Staar, GLOWINTHEDARK, MK, Morten, and Marvin Humes into the mix, and ‘BIG’ by David Guetta arguably presents one of the party’s best line-ups to date.

Ushuaïa Ibiza and Guetta have forged an invaluable partnership over the last eight years, allowing them to curate some of the hottest parties on the island. They make the perfect accord, both sharing a vision for cutting-edge experiences, extravagant entertainment and quality music. The concept was created by The Night League, the team behind the success of Ushuaïa Ibiza, in 2016 as the first event that would do everything on a large scale. The huge success of the event comes as no surprise as it continues to return the world’s most well-renowned DJ to the Ushuaïa Ibiza spotlight year-after-year.

Guetta’s shows remain the best-selling in Ibiza, while globally he’s sold over 50 million records and amassed more than 10 billion streams. With his wide-reaching and game-changing approach, he is more than just a DJ and producer: he’s helped dance music reach the mainstream, fused urban, electronic and pop music into new popular genres, and managed to stay on top of the game for decades. 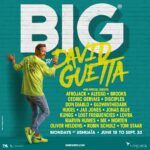