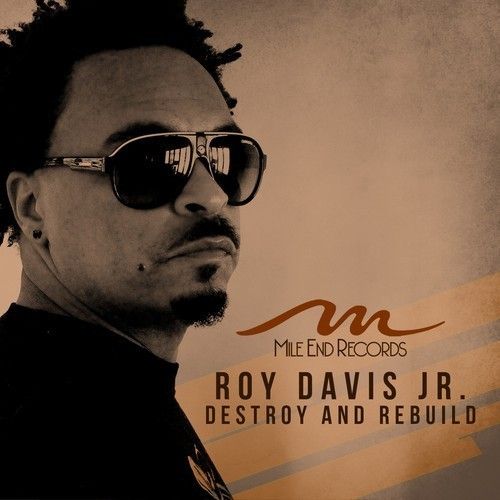 “This album is one of those albums for me to come back to the original sound of Chicago’s House music. Through time I felt like I was making music too complicated at times, so this was a way to bring back the raw fun of creating new exciting tracks. It’s the close of one chapter and the start of a fresh new chapter for me.”
– Roy Davis Jr

Originally born in California, Davis moved to Chicago’s south side early in his childhood. Roy was introduced to dance music by late 1980’s legends as DJ Pierre, Farley Jackmaster Funk, Marshall Jefferson, Lil’ Louis, Steve Poindexter and Armando. “I’ve always been in to music but these were the DJs that really inspired me. Lil’ Louis was always my favourite DJ because he knew how to play it all, from mellow, club, classics and big room bang. He was so diverse – he taught me how to mix it up, that’s how I got my style. I started DJing myself when I was 12 or 13, spinning breaks, Italian disco, then house.”

Brought on board the Chicago house production team Phuture as a replacement for DJ Pierre, Roy Davis Jr. later followed his mentor to New York and worked at Strictly Rhythm, recording his own singles for Force Inc., Big Big Trax and Power Music.

You can’t mention Roy Davis Jr without mentioning ‘Gabriel’. Released in 1996 and produced with vocalist and musician Peven Everett, ‘Gabriel’ is a certified house music anthem that sounds as fresh as the day it was made. It was a tune that would change Roy’s musical direction and take him back to his spiritual roots.

Roy Davis Jr’s style has changed and grown up through the years, going back to his spiritual roots in house music, away from the sound of Phuture’s acid and wild pitch. The sound he’s developing on ‘Destroy And Rebuild’ expands his soulful side and combines the unmistakable deep funk sound of Chicago.