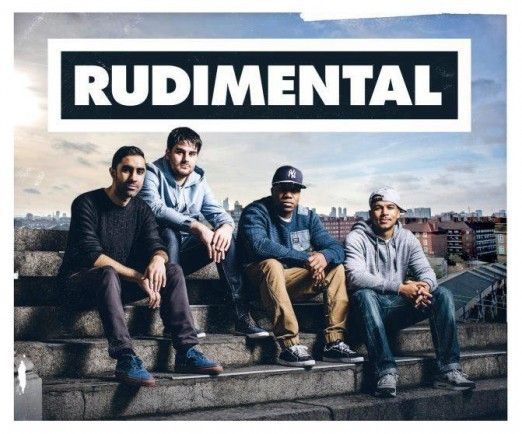 London collective Rudimental have struck gold yet again with their new single ‘Free’, set for release via Asylum Records on 18 November. Taken from the platinum selling debut album ‘Home,’ the forthcoming single features vocals from Scottish chanteuse Emeli Sandé. ‘Free’ showcases a gentler side to the bands’ signature vigorous drum ‘n’ bass sound. Anchored down by a raw fretnoise-filled guitar hook and steady kick drum, the record builds with spine tingling emotion through Emeli’s heartfelt vocals and message, big piano stabs and sweeping strings.  Subtle at first, ‘Free’ packs a massive punch of drama and dynamics –  dropping into a middle 8 filled with the band’s signature vocal chants the songs plays out with a majestic chorus – where the band and Emeli sing in harmony.

Alongside the audio, and in true Rudimental fashion, is a breath-taking video directed by Stu Thomson. It tells the tale of a tormented youth and the solace he finds in the beauty of flight. Shot around the deadly Eiger mountain in the Alps, with flashes to a 1990’s styled Hackney that allow the story to unravel, this cinematic adventure follows the journey of a boy who, after a troubled beginning, reaches inner peace and becomes ‘Free’ through his ability to connect with nature at the highest levels possible. The unbelievable actions that we see in this video are carried out by Jokke Sommer who is world renowned in his field. His incredible abilities are real and void of any post production.  Having already notched a variety of accolades and awards for their music videos to date (including most recently being nominated for the first ever YouTube awards) Rudimental’s 2013 is unstoppable with ‘Free’ a pivotal release.

The single was co-written with Emeli in a spur of the moment session following the Brit Awards Launch event. As per the album’s title – ‘Home’ this song is a product of an organic process from people who, simply put, love music. As Rudimental’s Piers describes “Emeli lives in Hackney and she came down to the studio and we had a lovely idea for ‘Free’. When she worked on it we were so excited.” Although the concept for the down tempo track came quite late into the album process, it was rapidly written with ease. Amir adds, “It was such a simple kick drum and guitar and me going ‘oh oh oh.’ She heard it and started making up words, singing, putting it together”. The result is quite simply a magical record.

The strength of ‘Free’ is further emphasised by its knock out remix package with remixes from heavy hitters Nas, Maya Jane Cole, Roy Davis Jr.  and duo Jack Beats. With Nas’s remix already being named as Zane Lowe’s Hottest Record, Rudimental’s year continues to be unstoppable. Fresh from winning Best Album at this year’s Mobo Awards and shortlisted for the prestigious Barclaycard Mercury Prize, there is no sign of a halt to the phenomenal journey in the charts as well as on stage that the boys have revelled in over the past year. You can catch Rudimental play live early next year when they embark on a near sell-out tour of the UK.

You can vote for Rudimental for the YouTube Music Awards by simply sharing this video on Facebook, Twitter or Google +. Voting is open until November 3 when nominations will be announced via a live streamed event.