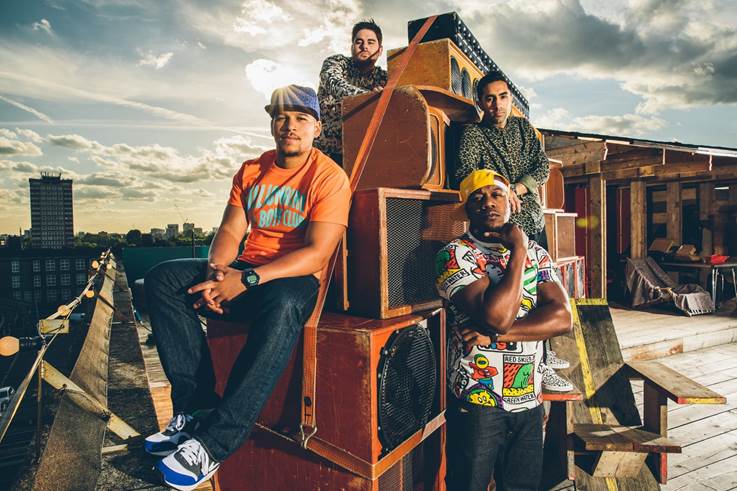 Following what has been a triumphant year so far for Rudimental, the Hackney based collective are pleased to announce that their debut album has been certified Platinum in the UK. It was also announced last night that the Asylum Records issued ‘Home’ album has been nominated for the prestigious 2013 Mercury Music Prize.

Also on the nomination front, Rudimental are up for three MOBO Awards, including Best Song for ‘Waiting All Night’, Best Album and Best Male Act. The band is scheduled to bring their exhilarating live performance to the awards show at Glasgow’s SSE Hydro on 19 October. Prior to this, BBC Radio 1xtra have announced today that Rudimental will perform at their 1xtra Live in Bournemouth on 7 October.

Since the release of their number 1 debut, Rudimental completed their first UK headline tour back in April, travelled the globe – including a special performance at  Jay Z’s Made In America show – and made appearances at all of the big UK festivals including Glastonbury, Latitude, Global Gathering, Lovebox, V Festival and more. Their incredible show at Bestival last weekend saw them become the favourite act of the weekend on Twitter (Buzz Tracker). Next month, the band will be continuing to play their electric live set across the country on their sold out headline tour – the second of this year. The band show no signs of slowing down having just recently announced yet another UK headline tour in February 2014 of which the Brixton shows have sold out and a third has been added due to popular demand. Full dates below.