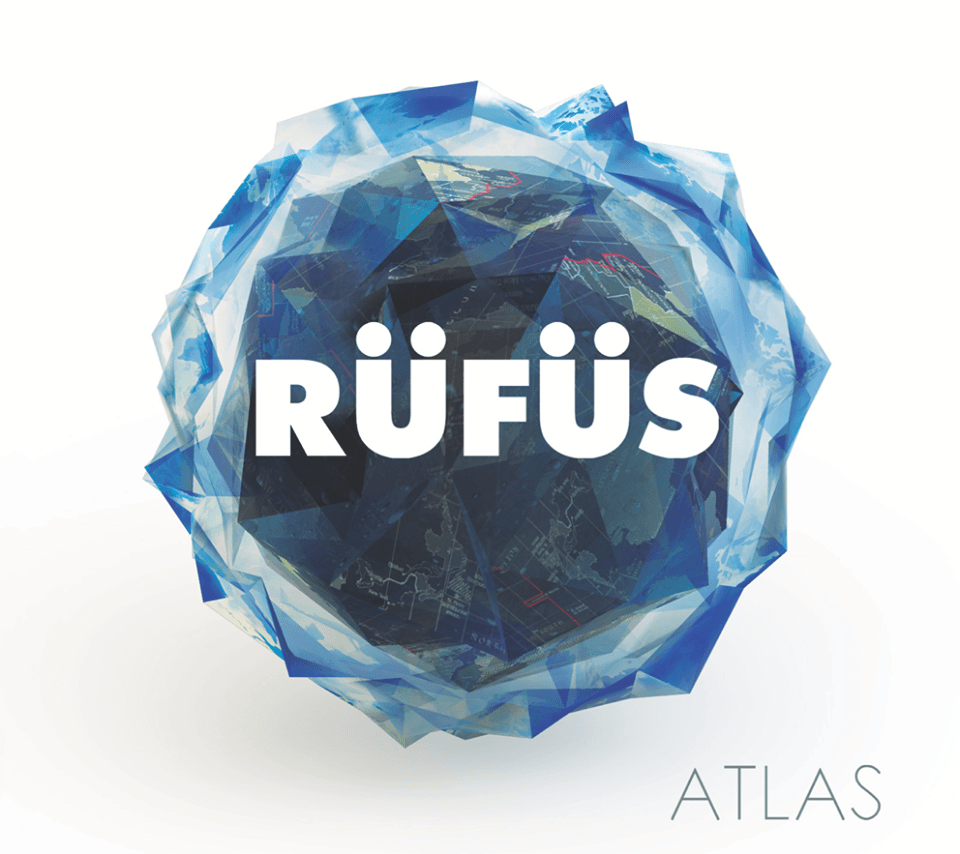 On April 28th 2014 Columbia Records presents ‘ATLAS’ – the debut album from Australian trio RÜFÜS, who garnered national recognition last year with a number 1 album in their native country. After a meteoric antipodean rise, their sophisticated blend of modern pop and house music is primed to similarly wow the UK.

‘ATLAS’ was recorded over an 11 month period on the coastline around Sydney. It was produced by the band, who split their time between two DIY studios, one a remote farmhouse on the NSW South Coast, the other a hollowed out water tank under one of their parent’s houses. The result is 11 tracks that showcase the band’s unique trademark sound, blending romantic electronic pop with Balearic-style house.

Their lyrics about sunsets, horizons and oceans capture the essence of the party which is the Australian Summer, whilst their contemporary beats and fresh sounds ensures their music transcends borders and seasons.

Although the trio had very different upbringings they bonded over their teenage love of electronic music, avidly listening online to Radio 1 Essential Mixes, and tracks by the likes of Booka Shade, Trentemoller and The Chemical Brothers.

In the studio however, things are more fluid. “None of us are bound to any one instrument alone. We all write the melodies, bass lines, vocals, and lyrics and we all produce and mix together. Making choices and creative decisions flows. To be fair we have our differing opinions at times, but we always talk it through and end up with something we’re all satisfied with”, explains Tyrone.


The band released their debut EP on their own label Monekeleon a year after forming with two tracks reaching the top 10 in the Hype Machine charts simultaneously. With a growing fan base and mounting online presence, this was followed by another EP – ‘RÜFÜS Blue,’ two tracks of which were selected for coveted Kitsune compilations. With a top 5 in the ARIA dance charts their gathering momentum led to the band signing to Sweat It Out Records, run by the late DJ Ajax, before culminating in them inking a worldwide deal with Columbia.

As well as releasing driving, catchy and danceable tunes the band also spent time building a killer live show, supporting the likes of Royksopp and Yuksek, and gracing festival stages at Big Day Out, Parklife and Homebake.

‘ATLAS’ was released down under in August 2013 and followed the release of 2 singles, one of which – ‘Take Me’ – gained heavy rotation on Triple J – being in the top 10 most played for 4 weeks, peaking at number 2. It also debuted at number 7 on the iTunes dance chart and featured on DJ A-Track’s Mad Decent Podcast, accumulating 420,000+ views online.

If all that wasn’t enough, ‘Desert Night’ reached number 1 in the Hype Machine Chart, collecting over 770,000 plays on Soundcloud to date. The band has also released remixes on Jerry Bouthier’s Continental Records and Antibes based imprint On The Fruit.

In addition to massive  live and chart success in Oz last year, RÜFÜS’ killer set has wowed crowds worldwide, including 17 sold out gigs on their Australian album tour, plus shows at the Art Love festival in Moscow, Big Day Out, Falls Festival and the Kistuné party in NYC. Hot on the heels of their smash Australian headline tour, the band made their live debut in the UK in December, selling out 3 rapturous shows in the capital as part of their European tour.

RÜFÜS ended 2013 with 2 ARIA nominations and 3 tracks in the Triple J Hottest 100. They were also nominated for a Triple J award for Best Australian Album and are currently approaching 4 million views of their originals, remixes and edits on YouTube, with over 2 million plays on Soundcloud.

‘ATLAS’ is out on 28th April through Columbia Records and follows the release of ‘Desert Night,’ their debut single in the UK, which gained BBC Radio 1, 6Music and 1Xtra plays from Pete Tong (who made it his Essential Tune), Phil & Alice, Annie Mac  and Toddla T, plus John Kennedy on XFM.

RÜFÜS will be taking their euphoric and riotous live show on the road for a headline tour of the US and Europe in spring – watch this space for more details.