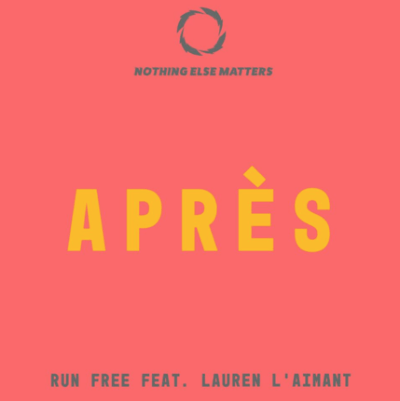 Following his recent performance at Kideko & George Kwali’s Summer Party at the Arch Brighton, Après has delivered his rhythmic new track ‘Run Free’, a follow up to his previous single ‘Til Your Love Runs Out’, which is set for release on Danny Howard’s esteemed Nothing Else Matters label, on Friday 20th July.

His debut release in January 2015, 'Chicago' was first premiered by Annie Mac on BBC Radio 1 and was given a full release on record label, SubSoul, garnering over 2 million streams on Spotify.

Having since released tracks on Love & Other, Eton Messy Records, and now Nothing Else Matters, Après has also proved himself as a talented remixer, producing reworks for the likes of Alesso, Roger Sanchez, Eli & Fur, Snakehips & many more.

Releasing ‘Run Free’ on Danny Howard’s label, ‘Nothing Else Matters’, Danny stated: “Everyday I’m discovering new tracks and extremely talented artists. Aside from supporting them on air and on the dancefloor, I’ve always wanted a way to help even more people hear these incredible sounds.”

As well as being a record label, Nothing Else Matters  promotes clubbing events across the UK and Europe. The brand holds a weekly residency every summer at BCM in Majorca, regularly throws parties on the Terrace at Amnesia in Ibiza, hosted a stage at the prestigious SW4 festival last August, with many more live events planned for 2018.

‘Run Free’ is set for release on Friday 20th July, and precedes Apres’ performance at the Blonde x ClubMTV event on 1st August in Archspace London.