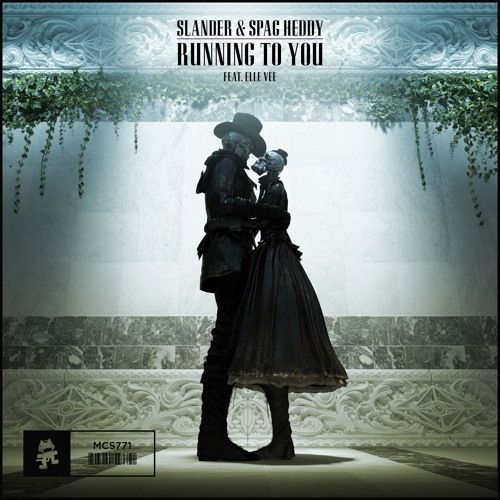 SLANDER are proven masters of fusing melodic and heavy-hitting elements to form divergent soundscapes, and they're back at it with their newest single "Running To You" in collaboration with Spag Heddy and Elle Vee. As the second release from their forthcoming Headbangers Ball EP, "Running To You" showcases Vee's ethereal vocals over a minimal piano melody during the track's verses, lulling the listener into a place of serenity; the commotion begins when SLANDERand fellow dubstep producer Spag Heddy unleash the drop's stabbing synths and grating mechanical bass lines. With its elements of light and dark, this track will ignite headbanging, thrashing dance floors around the globe. "Running To You" is out on Monstercat and follows SLANDER's recent "You Don't Even Know Me." Check out what they have to say about their latest release below:

"'Running To You' is finally here! We've wanted to work with Spag Heddy for a while now, and finally getting this one done with him was a truly amazing experience. For this song, we tried to blend our sounds together as seamlessly as possible by taking the listener from a deeply emotional moment straight into a heavy one!! We thought this duality of emotion really made the track feel special since it's very two-faced and doesn't sit in any traditional genre category. We hope you guys enjoy this rollercoaster! Also, be sure to check out the rest of Spag's music! He is a mad man!"

After building a mint name for themselves through jaw-dropping original productions and massive collaborations with acts like Seven Lions and Asking Alexandria, SLANDER has recently added "label bosses" to their resume. The LA-based duo recently turned their popular Gud Vibrationsbrand into an official record label with good friend NGHTMRE, ensuring their legions of fans that their famous "gud vibes" are only getting started. Attesting to their dynamic nature as artists, SLANDER recently released two notable tracks with vastly different sounds: "Kneel Before Me" with Crankdat featuring heavy metal band Asking Alexandria and "You Don't Even Know Me" with RIOT. They are also in the midst of headlining their "Headbangers Ball" North American tour, hitting major cities like San Diego, Chicago, Boston, Los Angeles and taking over festivals like Ultra Mexico and Holy Ship 12.0. Catch SLANDER in a city near you this winter!