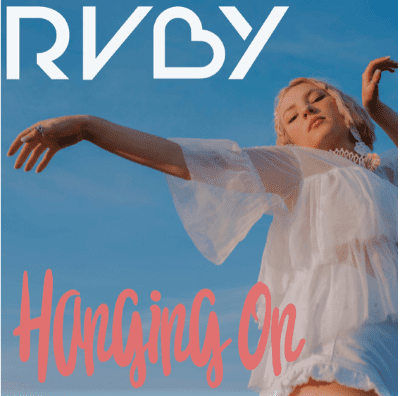 ‘Hanging On’ is the 20-year-old’s third career release, following on from ‘Honey Bee’, a quirky, cutting-edge pop song with an inspiring message, and last year’s mesmerising debut single L.O.V.E. She has also recently played Dot to Dot Festival, Liverpool’s Sound City and with BBC Introducing’s Abbie McCarthy for one of her Karma Club events at London’s Sebright Arms.

‘Hanging On’ is further evidence of a budding young artist with an exceptional ear for an infectious pop song. And with further releases in the pipeline, RVBY is firmly in the ascendancy.