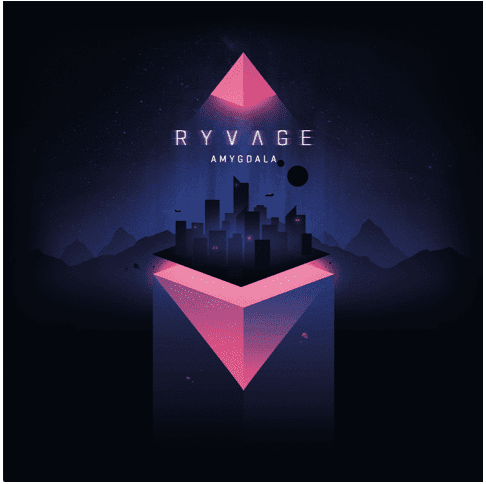 Ryvage is the electronic solo project started in 2017 by Luxembourg based musician and producer Samuel Reinard. The name derives from the French word rivage (French pronunciation: (/riːˈvɑːʒ) meaning “shore”.

Driven by his love of contrasts, produced in isolation, Reinard’s synth-driven electro-pop and its visual incarnations are a reflection of his personal obsessions, spanning from 80s sci-fi movie soundtracks and industrial electro to immersive installation art and echoes of French literature.

The name Ryvage sums it up really well: “My home base Luxembourg is landlocked. To me, making music is like driving to the sea, sitting at the shore and contemplating the horizon. It is a safe and beautiful place where you can be in the moment, let your imagination go wild or travel in your mind. I also like the idea of being on the threshold of two worlds or elements. Ryvage oscillates around contrasts, change and escapism”.

He has performed live at festivals such as Food for Your Senses (LU), Zikametz (FR), Les Aralunaires (BE) and opened for artists such as Liars (US), Blanck Mass (UK), Throwing Snow (UK) and Rone (FR).

His rework of the track Bubbles by Drops and Points, the electronic project initiated by multi-award-winning composer and jazz vibraphonist Pascal Schumacher, is part of the Drops & Points Reworks EP featuring remixes by artists such as Stimming and Paul Frick. In 2018, Ryvage also released a first single Mountains and Valleys, a rework of the song Heart and Soul by indie pop band Ice in my Eyes and a live remix of Laurent Garnier’s track Revenge of the Lol Cat.

After a series of live shows supporting the likes of Blanck Mass (UK), Throwing Snow (UK) and Rone (FR) and 4 single and rework releases, Ryvage decided to start working on his first EP in summer 2018. Armed with his portable peninsula studio – the name he gave to his itinerant studio setup during his student years in Paris – he started writing and producing new music and polishing live versions of his tracks in different places, while travelling, and whenever he had spare time. “Some of the tracks were written and produced in a train in Portugal, others in a remote cottage in France, some at a friend’s studio in the Luxembourg countryside. The EP is thought of as a musical escapade and an invitation to travel in your mind. People can hear the different moods and vibes of the locations I was at while composing the music”.

The result is a 5-track EP composed of melodic electro-pop songs, dark synth-driven electronica tracks, and ambient soundscapes. Industrial-tinged sounds and percussions are meeting 80s beats and synthwave elements while waves of powerful synth leads and atmospheric pads are battling with arpeggios and heavily processed vocals.

“It’s a personal and intuitive record. I didn’t use any conceptual filter or criteria like I used to do in other projects. It was all about finding a musical & sonic formula to explore topics like memory, mood swings, anxiety and escapism, using my computer and machines”.

The title of the EP, Tides, reflects the changing character of the music and works as an echo to the project’s name.

Even if produced in isolation, the track Another Day Another Time – Ryvage Rework is a rework of a track taken from the 2017 album It will be forever by acclaimed electronic producer Sun Glitters (https://sunglitters.com/). “When Sun Glitters asked me if I would be interested in reworking one of his tracks, I chose this track for its mood and melodies. It was very exciting to produce the rework and test it live before I finished it. It’s now the closing track of the EP and it works like the final step of the journey”. 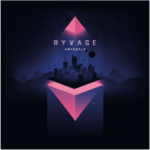