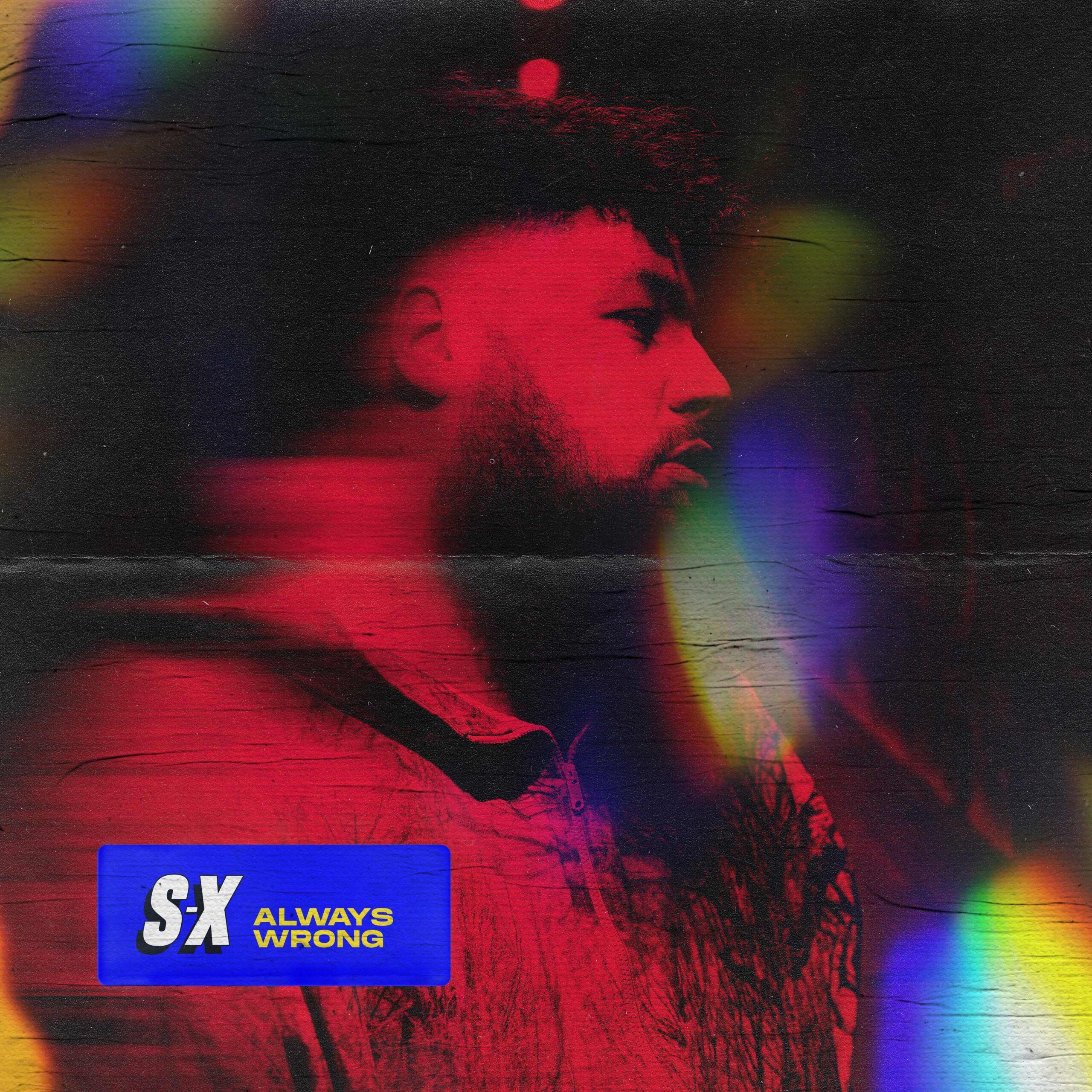 Underpinned by a domineering trap beat, ‘Always Wrong’ successfully showcases both S-X’sexpansive vocal range and his proven production talents. The result is a track that draws on elements of modern hip-hop to deliver something refreshingly polished.

Responsible for one of the biggest grime tracks of all time with 2010’s ‘Woooo Riddim’, S-X has since produced for the likes of Childish Gambino, J. Cole, Lil Wayne and Skepta, quickly gaining momentum with an extremely loyal and engaged fanbase supporting him every step of the way.

In March of last year, the Wolverhampton-born artist released REASONS, a 10-track LP featuring collaborations with Lily Allen and Nevve amongst others. Meanwhile single ‘Nowhere’ featuring JME received support from Benji B, Toddla T and Twin B on BBC Radio 1 and DJ Target, MistaJam and Sir Spyro on BBC Radio 1Xtra.

On the gig front, he headlined a sold-out UK tour last year and opened for Lily Allen in Europe and the US for a total of 36 shows. He will now embark on a second UK tour in as many years this October, taking his infectious live performance to major cities like Glasgow, Newcastle, London, Manchester and Birmingham.

One of the UK’s most respected producers, ‘Always Wrong’ demonstrates that S-X has lost none of his magic since becoming an artist in the spotlight.