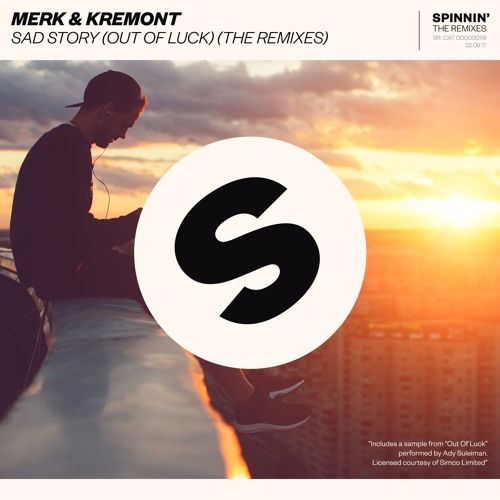 Merk & Kremont are one of the hottest rising production duos around right now, known for their suitably devastating club music one minute, and effortless pop anthems the next. This summer, the Italian pair unleashed their latest pop-leaning single Sad Story (Out Of Luck) and today sees the release of ‘The Remixes’ from artists Just Kiddin, FTSE,  USAI & Crusy, Deepend and Addal.

The track, a rework of Ady Suleiman's ‘Out of Luck’, has been elevated by the duo into the summer anthem we now recognise and with over 4 million streams and 6.4 million views on the video, Merk & Kremont can add another to success story to their books.

“We were coming back from a gig and we heard the original song on the radio – we had to Shazam it ‘cause we had never heard of it, but we both fell in love with it instantly and decided we just had to make our own version! We actually laid the first tracks that same night, even though we were so tired, we just had to do it. This is the result, and it feels like our best work yet.” – MERK & KREMONT

Since the single release Merk & Kremont have been working hard and are soon set to feature on the forthcoming remix package for ‘Without You ft. Sandro Cavazza’, the latest global hit from Swedish production sensation Avicii. With so many hits under their belt, the duo aren’t running out of luck anytime soon.

Merk & Kremont Sad Story (Out Of Luck) is out now.