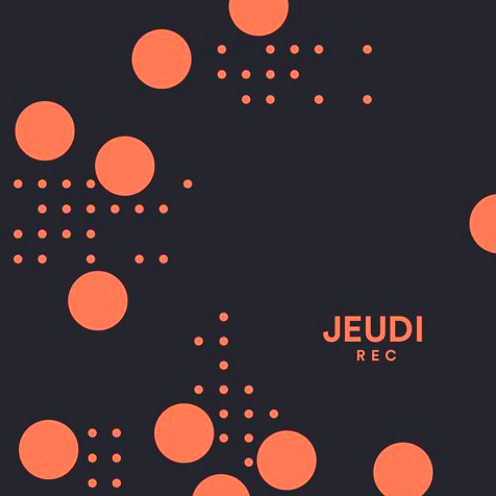 On February 17, Chaim emerges on the Jeudi Records stage with his new, harmonious 5-track EP, "Safe Word." A true stand-out artist in today's saturated electronic scene, Chaim is best known for his hard-hitting tracks on BPitch Control, as well as his energetic collaborations with industry leader Guy Gerber. Particularly excited for this release is the crew at Jeudi Records, who hold Chaim's distinctly organic techniques amongst their favorites within the label.

In addition to his original work, the "Safe Word" EP features three stylish re-imaginations of Chaim's fundamental tracks. Musician and installation artist Deniz Kurtel tackles "Safe Word" with her own hazy rework, Bambook & Quina team up for a downtempo take on the same track, and Jeudi Records head honcho Doctor Dru injects a little extra flavor into Chaim's "Sun Tease." Chaim will also be focusing on his live shows in 2017, offering performances only at nighttime keeping the vibe special, with exclusive sets of his own productions.

Sun Tease – rises upon listeners with its subtle horn tones and wavy layers of dub. Each musical element sways in a motion that feels natural and effortless, generating a kind of native beauty difficult to put into words.