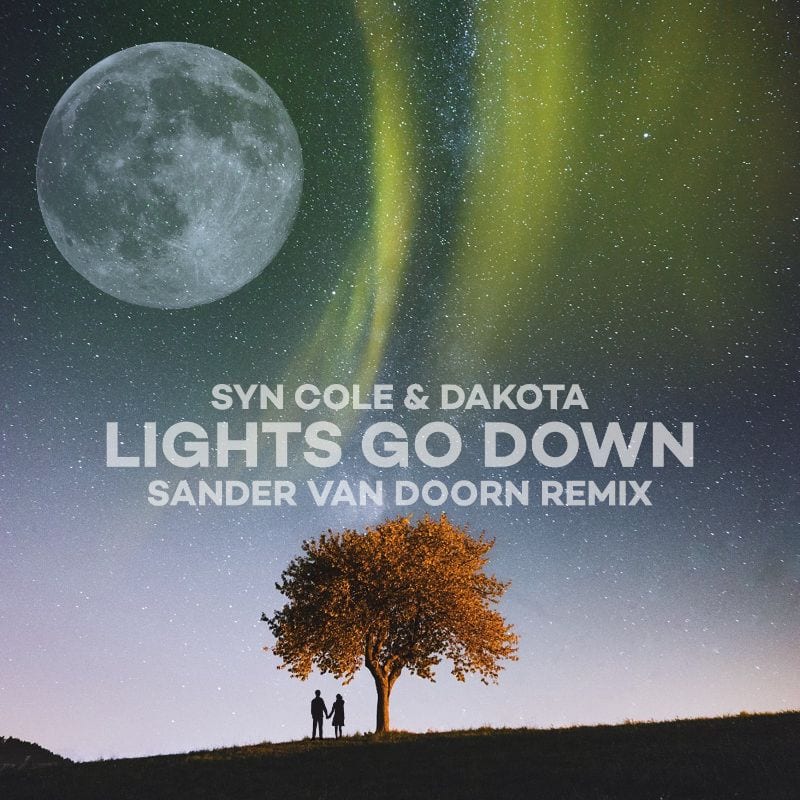 Out 24th May, Sander’s rework trades in the carefree vibe of the original – ramping up the progressive breakdown, toning down the poppier elements and instilling Dakota’s vocals with an extra degree of intensity.

One of the biggest names in global dance music, Sander van Doorn emerged onto the scene in the mid-2000s, winning ‘Best Breakthrough DJ’ at the 2007 International Dance Music Awards and establishing himself as a permanent fixture on the DJ Mag Top 100. Some of his most notable remixes include Armin van Buuren’s ‘Control Freak’, Tiësto’s ‘Dance4Life’, Yello’s ‘Oh Yeah’, Sia’s ‘The Girl You Lost to Cocaine’ and Lady Gaga’s ‘Marry the Night’.

Real name René Pais, Syn Cole first shot to fame after being discovered byAsh Pournouri, then-manager of late Swedish superstar Avicii, in 2012. Releasing his first track (a Creamfields remix of Avicii’s ‘Silhouettes’) on Avicii’s ‘LE7ELS‘ label, Syn continued to work with the ‘Wake Me Up’producer, with his track ‘Miami 82’ later receiving an Avicii edit in 2013.

Fast forward to the present day, and Syn has carved a reputation as one of dance music’s most exciting electro house producers, with hit track ‘It’s You’surging past the 30 million streams mark on Spotify.

Having grown up in Spain but now based in south London, Dakota was first spotted by Grammy-winning writer/producer Fraser T. Smith (the man who produced Stormzy’s Gang Signs and Prayer album), who signed her to his 70Hz label in 2015.

Dakota has been in close collaboration with Fraser ever since, and spent 2017 working with songwriters such as Jamie Scott (One Direction, Rag’N’Bone Man) and Eg White (Adele, Florence & The Machine), honing her distinct vocal style and drawing on her diverse influences.