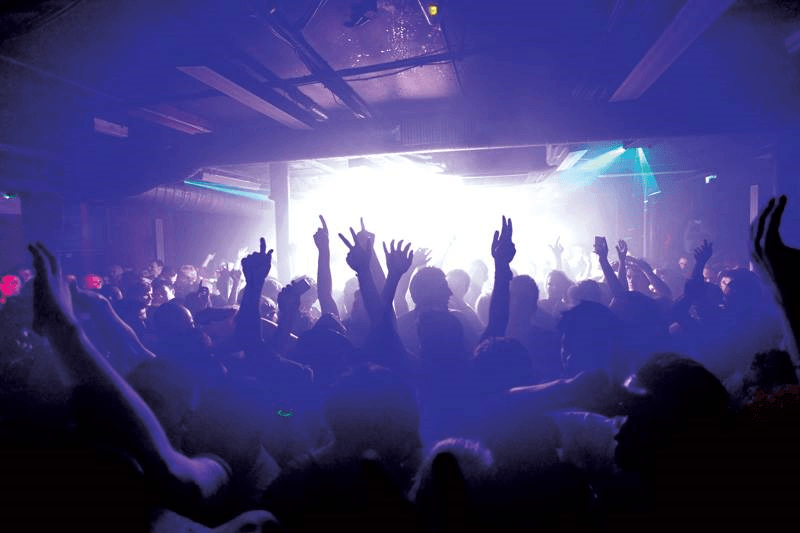 Sankeys are announcing some very special parties as they open their doors for the autumn/winter season; as they continue celebrating their 20th year as a club, they are unveiling a whole host of special line-ups to commemorate the occasion, with Tribal Sessions, ViVA Warriors and CUFF all playing host to the world’s best DJs from the realms of underground house and techno.

Sankeys remains one of the most celebrated clubs in the UK, a true bastion of underground dance music’s culture, with a weekly roster of outstanding parties from the very best DJs coming from all over the world to play in the famed basement of Manchester. One of those parties is the legendary Tribal Sessions, one of the true mainstays of Sankeys over the years. Tribal has long been synonymous with proper underground raving, starting back with the illegal rave scene of the 90’s before moving its foundations into clubs. And now Tribal Sessions is returning every Friday to Sankeys, reigniting one of the UK’s most iconic residencies in a new era of dance music decadence.

Maintaining the focus firmly on the underground and keeping a no-frills party feel running through the nights, Tribal returns with some epic parties. Darius Syrossian will be the resident of every night, alongside Sankeys’ mainstay and fellow resident Jozef K, and they both kick off the first series of events with Tribal favourites The Martinez Brothers on Friday 12th Sep. Also playing at the weekly Friday parties through September will be the legendary Sasha, techno pioneer Shlomi Aber, the revered DJ and producer Axel Boman and German favourite Sidney Charles, amongst a host of other underground names. Jozef K unites with his production partner Winter Son on the 26th September, and special guests will feature throughout the Tribal Sessions programming.

ViVA Warriors picks things up from Tribal with an equally massive lineup, featuring eclectic selector Cassy, deep techno heavyweight Nick Curly and of course, label boss and the highly prolific Steve Lawler. Then Sankeys Ibiza debutants Magna Carter take over on Sat 20th September; their first season on the White Isle has already been heralded as a huge success, now bringing their dark house sound to Manchester. Finishing off September’s run of parties in style will be night CUFF, Amine Edge & DANCE’s imprint. It’ll be an all French affair on the 27th in an explosive night of house, with the French duo welcoming native companions Sirus Hood, STUFF and Sion to the party.

At the beginning of October Sankeys celebrates a momentous 14 years of Tribal with a massive Tribal Sessions Weekend, which will undoubtedly be one of the biggest parties of the year in the UK. Over the course of 2 nights – Friday 3rd and Saturday 4th – some of the finest selectors in the industry are coming to Manchester for a weekend epitomised by up-front, groove-heavy underground house and techno. Friday will feature Tribal residents and regulars – house aficionado and Chicago legend DJ Sneak will be in fine company alongside the original Tribal resident, the legend Greg Vickers, who’ll be playing back to back with Just Be aka Bushwacka! fresh off the back of their Essential Mix for Radio 1 in Sankeys Ibiza, Greg’s 3rd amazing Essential Mix to date. Hector Couto also joins the party, along with Darius and Jozef K. They will be joined by a very special unannounced guest as Sankeys has yet more surprises up its sleeve.

Headlining the Saturday night will be one of the biggest DJ groups of the past few years: Apollonia. With an album due for release very soon, the French trio of Dyed Soundorom, Dan Ghenacia and Shonky have built a reputation for unrelenting energy in their DJ sets, commanding the decks all over the world. They’ll be playing along with the multi-faceted craftsman Guti, whose live sets have earned him a name as one of the most creative DJs on the circuit, and Chappel also performs. There’ll be also be a big unannounced guest taking to the decks on the Saturday, making both weekend parties extra special.

These parties are just a taste of what is to come over the coming months. Keep an eye out on the next announcement, as Sankeys continues its 20th anniversary year at the heart of Manchester’s underground scene, with lots more action to be revealed.

For more info go to: www.sankeys.info