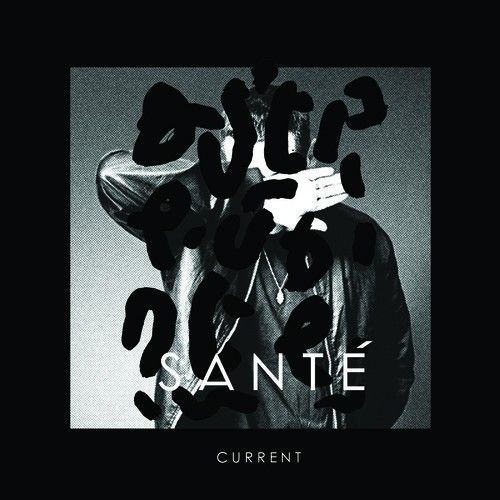 It is said that an artist’s first collection of work is a self portrait – a surreptitious sonic glimpse into their life and soul, delving deeper than even the most intimate DJ set. ‘Current’, Santé’s debut album is certainly no exception, as he invites, or rather entices the listener in to discover what lies beneath the surface of this enigmatic and energetic DJ and producer.

“With these productions, I wanted to show my diversity’ Sante explains. ‘It’s a personal collection of tracks that I created all over the world. I let myself be influenced by my surroundings, from a melancholic December in London to the sunny vibes of LA.’

Over 11 future-facing tracks, Santé displays a deft production skill that manages to supersede even his reputation and status for raising a dancefloor.

As the Berlin-based tech house maestro’s own persona grows in both popularity and notoriety, and his budding Avotre label goes from strength to strength, the timing couldn’t be better for Santé to release his debut LP.

This thought provoking LP acts as a sort of musical therapy as Santé unashamedly bares his soul through a narrative of honest, melody-drenched cuts, such as title track ‘Intimacy’, interspersed with heavier club rollers like ‘Disillusion’. The album is rich with different styles and genres, from the plaintive ‘Time To Pray’ to the decadent groove-infused ‘Tongue’ but all infused by a continuous and engaging sense of rhythm.

With ‘Flush’, the warm crackle of vinyl meets a heavy thudding of drums and rhythmic percussion as he displays his ability to create an addictive more industrial big room sound, whereas the sexy, sultry bassline in ‘Momentary’ is a nod to the Santé we’re all familiar with. Tracks such as ‘Turn Up’, which features vocals from Russoul, show him deftly straddling the genres of jacking house and emotive melody.

Santé is a team player – as anyone will know who has ever caught one of his electrifying back-to-back sets with fellow Avotre boss Sidney Charles. Here we see him continue to expose his chameleonic abilities as he teams up with a number of other talents for this full length debut, including Russoul, J.U.D.G.E and Steve Smith (Dirty Vegas).

The album wraps up with the elegiac ‘Awake’, feat. J.U.D.G.E. The best music always tugs at the heart strings, and this cut is a true example, aligning hypnotic keys with strings and stunning melancholic vocals from J.U.D.G.E, rounding off this diverse multi-faceted masterpiece, not to mention game-changer, from this young talented producer.